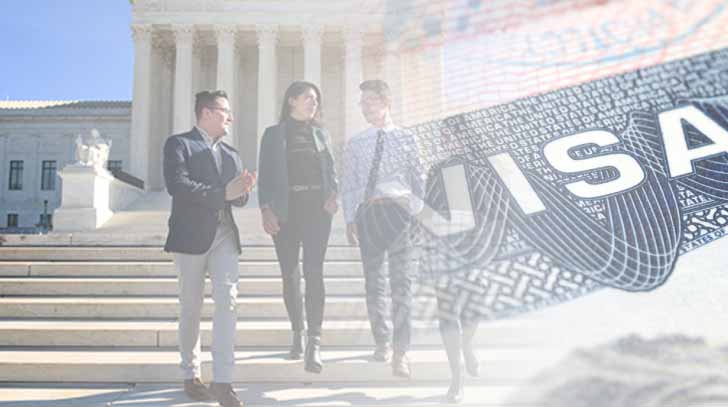 The Department of Homeland Security recently moved closer to launching its new electronic registration system for allocating the H-1B cap, which is the annual limit on certain types of new H-1B cases. DHS often receives more cases than it may accept in one year, which triggers a random, computerized selection process. The current procedures require employers to prepare and submit fully documented cases without any assurance that those cases will be selected within the H-1B cap. DHS then spends months and millions of dollars returning the many H-1B cases that are not selected. This burdensome procedure may finally be ending.

First, DHS already has reversed the order in which it allocates slots under the H1B cap, to increase the number of cases selected with advanced degrees from American colleges and universities.  DHS now selects H-1B cases first from the general pool (i.e., all H-1B cap cases received) and then from the pool that is restricted to advanced degrees from American colleges and universities.  During the April 2019 H1B cap selection process, DHS selected 11 percent more cases with advanced degrees granted by American schools. DHS asserts that this change better administers the H-1B program by allocating slots to cases involving the most highly skilled foreign nationals. For similar reasons, DHS believes it is better protecting U.S. workers. Both goals are encouraged by President Trump’s Buy American, Hire American Executive Order.

Second, and more importantly, DHS is making progress on developing the H-1B electronic registration system. When this new system is completed, employers will no longer roll the dice by preparing and submitting fully developed H-1B cases without assurance that their cases have been selected within the H-1B cap. All American businesses and organizations instead will register online during an annual time period designated by DHS. DHS will run the random, computerized selection process against the registrations and notify employers of the results. Only those employers whose registrations are selected will prepare and file their H-1B cap cases. No H-1B cap case will be accepted by DHS when the employer has failed to register or the registration has not been selected.

The employer will pay the $10 fee at the end of the submission process. DHS will accept payment by debit or credit card or through an electronic withdrawal from a bank account located in the United States.

DHS has not yet stated whether the new online registration system will be launched by the next H-1B cap allocation, which is in the spring of 2020, but that appears to be DHS’s tentative plan. Various groups, however, are pressing for a slower rollout of the new registration system and for more testing and review. Only time will tell what system DHS ultimately applies for the next H1B cap selection process.