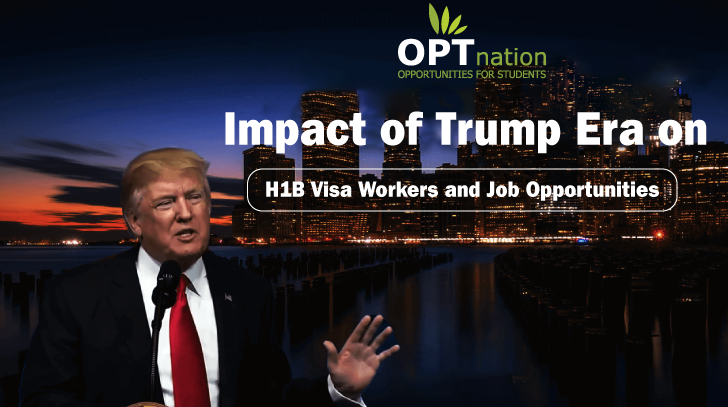 Donald Trump Immigration policy specifically focused on illegal immigration to the United States, and was used as a signature issue of U.S. President Donald Trump’s presidential campaign. The policy brief assesses the major policy shifts that have occurred since January 2017 via executive orders, agency memorandum, and changes to existing programs and practice. His proposed reforms and remarks about this issue generated much publicity.

After becoming the US President, Donald Trump immigration plan was in policy and he took many actions as promised in his campaigns such as elimination of illegal immigrants, build a substantial wall on the United States-Mexico border, imposed a travel ban to prohibit issuing visas to citizens of seven largely-Muslim countries which was revised three times and also attempted to end the Deferred Action for Childhood Arrivals DACA program, but a legal injunction has allowed the policy to continue. He imposed a “zero tolerance” policy to arrest all illegal immigrants at the border, which resulted in separating children from their families. Tim Cook and 58 other CEOs of major American companies warned of harm from Donald Trump’s view on immigration policy.

He expressed support to restrict and revoke work visas for foreign international workers mainly H-1B. He support “limits on legal immigration and guest-worker visas” including a “pause” on granting green cards. Trump’s proposals regarding H-1B visas frequently changed throughout his presidential campaign, but as of late July 2016, he appeared to oppose the H-1B visa program.

In his first State of the Union address on January 30, 2018 Trump outlined his administration’s Four Pillars for Immigration Reform:

1) A path to citizenship for DREAMers;

3) Ending the diversity visa lottery; and

US President Donald Trump have announced a new US visa immigration policy that makes the procedure of issuing H-1B visas to those to be employed at one or more third-party work-sites very tough thereby sticking to his poll promise “Buy American, Hire American.” The proposal was circulated in the form of an internal memo by the Department of Homeland Security (DHS) to end the provision of allowing extensions to H-1B visa holders whose applications for green card had been accepted.

The new policy requires that a firm go an extra mile to prove it H-1B employee at a third party worksite. The policy memorandum also states that employers must provide contracts and itineraries for employees who will work at a third-party location.

So, what steps have Donald Trump Immigration Plan taken towards reducing H-1B jobs for foreign workers?

These new guidance were introduced weeks before the beginning of H-1B visas filling season, which is expected to be April 2nd for the fiscal year 2019 beginning October 1, 2018. The guidance further states that in order for an H-1B petition involving a third-party worksite to be approved, the petitioner must show by a preponderance of evidence that, among other things:

When H-1B beneficiaries are placed at third-party worksites, petitioners must provide evidence that they have specific and non-speculative qualifying assignments in a specialty occupation for that beneficiary for the entire time requested on the petition. While an H-1B petition may be approved for up to three years, USCIS will, in its discretion, generally limit the approval period to the length of time demonstrated that the beneficiary will be placed in non-speculative work and during which the petitioner will maintain the requisite employer-employee relationship.

How will it affect H-1B visa workers and international students in USA till 2019?

What’s the future of H1B and OPT jobs under Trump presidency?

International students with Science, Technology, Engineering, and Mathematics (STEM) degrees who work under the extended Optional Practical Training program are now required to work at their employers’ headquarters and not at a third-party client site, as was allowed before. This change suddenly appeared on the USCIS website in January without any prior announcement.

Employers, who hire international students straight out of school, without having to wait for a decision on an H-1B petition, won’t be able to do so now.

The future of H-1 and foreign workers will be more on skilled professional specific and merit based immigration .  A complete shutdown on H-1B visa is not economically profitable for USA. There can be major changes in visa rules for H-1B visa workers and H-1B sponsoring employers. The hiring process of international workers will be valid legal process. H-1b Dependent Employers and Immigrants or Foreign Workers may go certain policy rule amendments that will not be easy. There is no harm if you are a legal immigrant in USA. International workers on OPT and H-1B have no choice but to follow the immigration policies. Most of the Big Companies requires a lot of highly skilled foreign workers and so they will continue sponsoring work sponsorship.  So it’s unlikely that the visa program is ever going to be scrapped entirely.