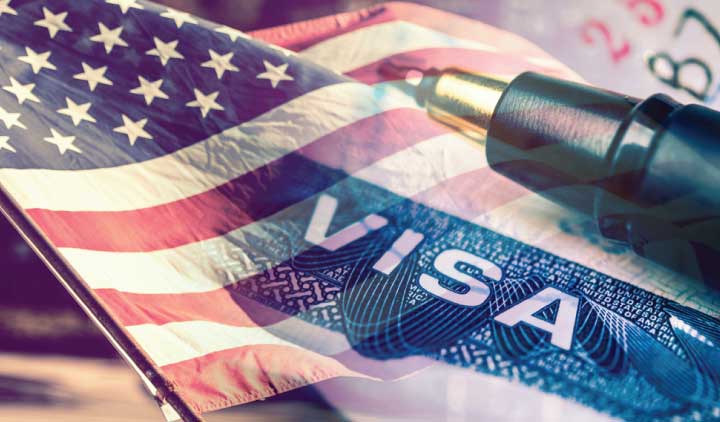 Instead, they choose to work at large technology companies with the resources and experience to sponsor foreign workers for highly coveted H-1B or permanent residency visas.

The findings, published in the Proceedings of the National Academy of Sciences, suggest visa policies are an obstacle for small companies seeking to hire foreign-born workers with specialized, in-demand skills. Because so many Ph.D. graduates in STEM fields are international – more than half in some disciplines – this creates an uneven playing field for startups competing with established companies to attract top talent.

“Startups are an important engine for innovation and economic growth,” said Michael Roach, assistant professor Charles H. Dyson School of Applied Economics and Management at Cornell. “A key insight from this research is that rather than fostering entrepreneurial activity, U.S. visa policies may disadvantage young technology startups – and this applies to startups founded by immigrants and U.S. citizens alike. But hiring is one of the key challenges for early-stage technology startups, and current U.S. visa policies make it even harder.”

Roach is a co-author with UC San Diego’s John Skrentny of “Why Foreign STEM Ph.D.s Are Unlikely to Work for U.S. Technology Startups.” The research, published In PNAS on Aug. 5, was based on a nine-year survey of more than 2,300 Ph.D.s, beginning in graduate school and following them into their careers.

Tech skills such as machine learning and data science are in extremely high demand by companies, and unemployment among Ph.D. graduates in STEM fields is less than 2%. According to the National Science Foundation’s Science and Engineering Indicators 2018, half of the people who receive doctorates from U.S. universities in computer science were born in other countries, so access to this pool of workers is key for small and large companies alike.

“Over the past few decades, the American economy has become more dependent on science and technology innovation for growth, and at the same time, our science and technology Ph.D. programs have become more dependent on foreign talent,” said co-author Skrentny, a professor of sociology at UC San Diego and director of the university’s Yankelovich Center for Social Science Research.

“We often see great innovations coming from Google and Apple, but a lot of their innovation is actually from buying startups,” Skrentny said. “These startups have trouble accessing the foreign talent our best universities are graduating.”

Ph.D.s with U.S. citizenship whose first jobs are in industrial research and development are nearly twice as likely to work at startups as foreign-born Ph.D.s, even though both groups applied for and were offered startup jobs at the same rate. Nearly 16% of Ph.D.s who are U.S. citizens worked at startups after graduation, compared with nearly 7% of foreign Ph.D.s who required a work visa.

The researchers used the results of the survey, which began in 2010 and focused on Ph.D. students in STEM fields at 39 leading U.S. research universities, to rule out several possible explanations for this disparity. They asked questions gauging participants’ interest in working at startups; more foreign-born students said they were interested than students who are citizens.

They considered whether international graduates were more risk-averse than U.S. citizens, indicating that, despite their interest, they’d ultimately be more inclined to work for larger, more stable companies, but the survey also showed foreign-born Ph.D.s had a greater tolerance for risk.

Studies have shown that startups pay lower salaries to their employees than established companies in exchange for equity, but the researchers also found in the survey that foreign-born Ph.D.s rated high pay as less important to their ideal job than their U.S. citizen counterparts.

Though the study did not provide a direct link between visa policies and the hiring of foreign-born workers, the body of evidence indicates visa requirements play a role, the researchers said. Revisiting visa policy as it relates to startups might help them thrive and stimulate the economy, Roach said.

The research was supported by the National Science Foundation, the Ewing Marion Kauffman Foundation Junior Faculty Fellowship and the Alfred P. Sloan Foundation.