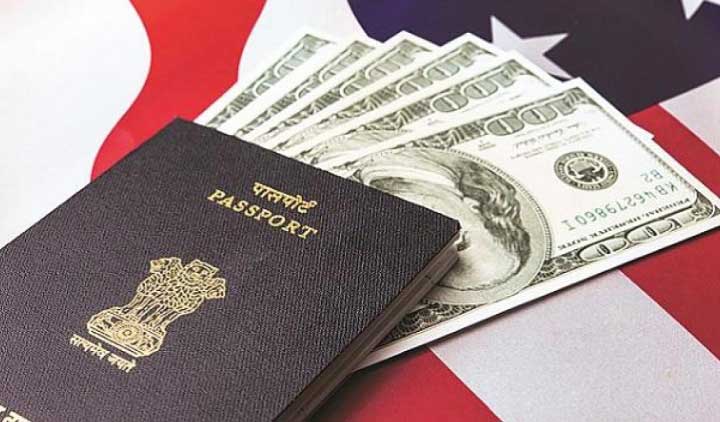 U.S. visa policies are discouraging foreign tech workers from working in startups, according to a study by Cornell University and UC San Diego researchers.

The study examined the hiring of foreign workers educated in science and engineering at American universities. These workers apply to and get offers from startups at the same rate as U.S. citizens. But they are only half as likely to be hired.

The disparity is important because access to foreign talent gives companies a competitive edge that startups are missing out on, the study said.

“We often see great innovations coming from Google and Apple, but a lot of their innovation is actually from buying startups,” John Skrentny, one of the authors, said in a statement. “These startups have trouble accessing the foreign talent our best universities are graduating.”

The report was published Monday in the Proceedings of the National Academy of Sciences. Its authors are Michael Roach of Cornell and Skrentny, director of UC San Diego’s Yankelovich Center for Social Science Research.

The employment discrepancy is not explained by foreign workers’ preferences for secure jobs or higher pay, the study said. Rather, larger, more established companies have an advantage over startups in sponsoring foreign employees for H-1B or permanent residency visas.

What are the Limitations of H-1B Holders?

Steps To Be Taken While OPT STEM Extension Denied

“Startups typically have limited resources and managerial attention, and recruiting talented workers is a major activity for founders,” the study said. “This may be particularly challenging for technology startups seeking to hire highly specialized PhDs, as the number of potential employees with the necessary expertise may be small and difficult to find.”

Moreover, sponsoring a visa can cost from $5,000 to $10,000 and take several months, a challenge for small startups. But larger companies such as Google and Qualcomm can leverage their human-resources expertise because they don’t have to start from scratch.

“Startups may not even have an HR program, let alone a robust in-house immigration program,” said Wenger, who works in the San Diego office of immigration law firm Fragomen.

In recent years, H-1Bs are under “increased scrutiny” under the Trump administration, Wenger said. The federal government is requiring companies to supply more information — and do more paperwork — than in the past.

The new study is based on a nine-year survey of 2,324 people with a doctorate in science, technology, engineering and math fields, beginning in graduate school. They studied at 39 top U.S. research universities.

“But there has been a movement in the past couple of years to make sure that smaller and midsize companies are also having access to these H-1B visas,” Carroll said.

Even if access is expanded, Carroll said these visas will remain out of reach for many startups because of the time and expense of getting them.

The study was funded by the National Science Foundation, the Ewing Marion Kauffman Foundation Junior Faculty Fellowship and the Alfred P. Sloan Foundation.