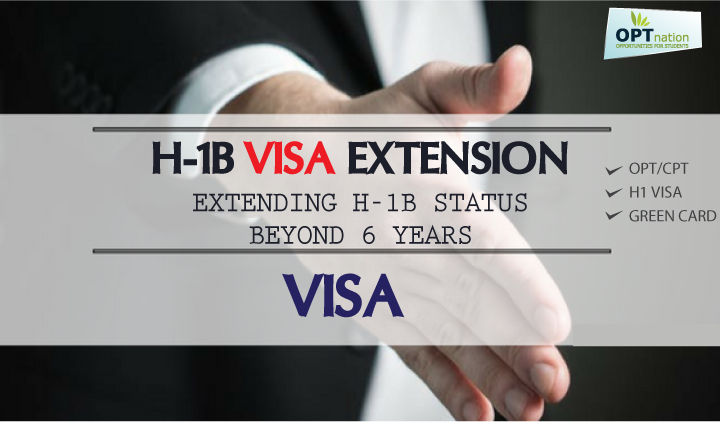 What is H1B Visa?

The H-1B is an employment-based, non-immigrant visa in the United States which allows U.S. employers to employ foreign workers in specialty occupations. An employer must offer a job and apply for your H1B visa petition with the US Immigration Department. This approved petition is a work permit which allows H1B holders to obtain a visa stamp and work in the U.S. for that employer also called H1B Jobs in USA. If a foreign worker in H-1B status quits or is dismissed from the sponsoring employer, the worker must either apply for or be granted a change of status, find another employer or leave the United States.

After that time, the individual must remain outside the United States for an aggregate of one year before another H1B petition can be approved. An employer, however, can only request a total of 3 years extension on any given H petition. H1b extension after 6 years are possible in limited circumstances depending on certain situation which we will discuss further.

On November 18, 2016 certain final rules were published by USCIS for employment based immigrant and non-immigrant visa programs. These rules came into effect from Jan. 17, 2017.  Most focused rules are:

USCIS modified the rules and allowed a grace period of up to 60 days when their employment ends before the end of their authorized validity period, so they may pursue new employment opportunities and an extension of their nonimmigrant status.

The 2017 Federal Register final rule makes it easier for H1B visa holders trying to extend their stay beyond the typical maximum amount of 6 years.

This will be done by making id if your sponsoring employer files an I-140 petition for you. Also that the labor certification or I-140 no longer needs to be filed 365 days before the end of your 6-year maximum valid period. Instead, you must file those documents 365 days before the beginning of your exemption.

This extension will also allow the dependents of H1-B visa holders i.e. H4 status holders to extend their stay as long as they have H4 nonimmigrant status.

There are several ways that you can receive an H1B extension after 3 years:

The foreign professional may apply for an H1B extension past 6 years in one-year intervals. This can occur if the PERM petition or the I-140 was filed 365 days before the 6-year expiration date.

The foreign professional is able to apply for an H1B visa extension status for up to 3 years if the applicant has an approved I-140 petition for the EB-1, EB-2 or EB-3 employment-based green card classifications and the immigrant visa number is unavailable. This is usually granted so that beneficiaries do not have to return home while they wait for their priority dates to become current. As some people must wait over a decade for their EB-3 immigrant visa number to become available, this H1B extension can be very helpful.

Many H-1B holders decide to travel internationally for extended periods of time. “Recapturing” that time spent abroad is one way to be granted an H1B visa extension. The foreign professional may request an H1B extension if he/she traveled outside the United States during the validity of the visa. The applicant is obligated to submit U.S. entry and return dates, I-94 copies, and related stamps

In order to apply for an H1B visa extension or renewal, a foreign professional must provide the following extension documents:

However, only 1 copy of each document is required in an extension petition package.

The extension request can be submitted up to 6 months before the date upon which the H-1B status is due to expire.

H1-B visas are limited to a total of 85,000 visas for each fiscal year; 20,000 out of which are restricted to foreign individual who have a master’s or any higher degree from the U.S. colleges or universities also known as H1B Cap.

H-1B visa is granted for six years but initially it is approved for 3 years and then with the extension application it is extended for more 3 years. What is advisable is to apply for GC as soon the H-1B gets extended for more than 3 years.

In the 4th or 5th year one can apply for the GC. The entire GC process is lengthy and time consuming. While the GC process is being carried out, you can stay in USA on the basis of the H-1B visa.

The maximum allowable period on the H1B visa is six years. However in some specific circumstances an H1 can be extended beyond 6 years. American Competitiveness in the 21st Century Act of 2000 (AC21) and the 21st Century Department of Justice Appropriations Act of 2001 (DOJ Act) allow an H1B employer to file incremental one-year H1B extensions annually after the completion of six years on H1B status.
Under act AC21, H-1B non-immigrants can extend their H-1B status beyond 6-year maximum period if:

The H-1B non-immigrant is the beneficiary of an employment based (EB) immigrant petition I-140 or and holds an I-140 petition, which is approved. However, an immigrant visa number is unavailable to the alien due to retrogression in the relevant category. In such a situation, the alien can extend their H-1B status in 3 year periods of time beyond the maximum of six years.

There is no need for a 365 day requirement.

To apply for permanent residence, an H-1B alien might choose to file Form I-140 (i.e. employment-based immigrant petition) or a PERM labor certification application.

If the H1B holder has filed for Labor Certification application or for an I-140 petition for Employment based green card  at least 365 days before the end of his 6 year H-1B time limit and the application is still pending. Then the H1-B holder can extend his or her status on an annual basis beyond the 6 year limitation. There is no upper limit to the total years under the extension as the immigration process is on-going.

If the worker filed one of these forms In other words, he won’t be forced to leave the country since he’s waiting for a decision on his immigrant petition.

Program Electronic Review Management  (PERM)  is electronic based application filing for filing labor certification applications for employment based green card.. Filing application through PERM requires less paper work and the process is fast. It is strict and works on the basis of the pre-defined rules. The first PERM takes place approximately after 8 months of the application filing. This condition is only when there is no audit, in the case of the audit the time span can be of 2 years or more.

The requirements for PERM:

The rejection of the PERM causes entire process to repeat from the beginning. There is no sure such guarantee for the acceptance of the PERM.  There have been candidates who have filed application for more than 5 years and again have to repeat the entire procedure. These candidates run behind the consultant companies for their visa filing and accepting. Filing the application before the time is must as the procedure can take more than expected time.

If your H-1B extension time period gets over and you do not get the PERM approval then you must leave the country. You cannot apply before one year. So the only to extend the H-1B after six years is to go for the GC approval.

Even with the H-1B extension there is an issue that your file application may or may not be picked in the lottery process. The H-1B extension is only possible after the expiry of first 3 years.

The total count of the H-1B for 6 years is dependent on how much you stay in USA.

Even when your visa application is rejected, it is advisable to keep all the documents.

Who files for an H1B extension?
In the cases above, an H-1B holder may extend his or her status with any sponsoring employer. Foreign workers are not limited to having their original sponsoring employers apply for their extensions, provided the new employer or petitioner is willing to sponsor both the immigrant petition and the H-1B application.

In order to get your H1B visa extension, your employer will be subject to the same fees that were involved with the original visa. These include:

<<Register at OPT Nation and start your Job Search>>

Spouses of H-1B holders are eligible to extend their H-4 upon the expiration of the 6-year limit. This extension is usually granted as long as the H4 holder has not committed any crimes or violated the visa or immigration rules. However, just because the first H-1B holder has received an extension, it does not automatically grant all connected H4 holders extensions as well. It is important to remember that H-4 recipients must file the I-539 concurrently with the original H-1B extension application along with proof of the relationship with the primary H1B holder.

Extension should be filed as early as six months before the current stay expires. Filing your extension early is critical. Because of delays in obtaining a prevailing wage determination from the US Department of Labor, we might be unable to file the H-1B petition with USCIS before the current period of authorized stay expires, requiring the employee to depart the US and await processing abroad.

Ideally, USCIS takes two to three months for processing the H1B visa petitions.  If you are not applying for premium processing, you should apply at least 3 months before your H1B is expiring. It gives enough time for USCIS to process the application. There are cases where they take longer, but at least you planned ahead of time.

Premium Processing will accelerate your case to be processed in 15 calendar days. It is important to remember that your employer is responsible for almost all required fees. However, the premium processing fee can be paid either by you or your employer. Speak with an immigration attorney to get a better understanding of the fees involved with getting an H1B visa extension.