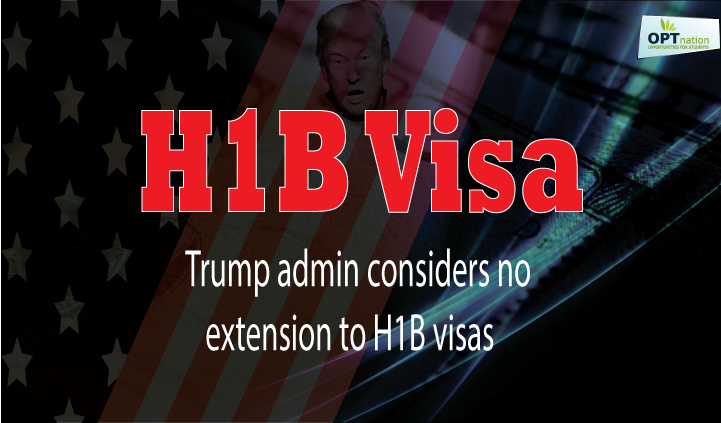 The Trump administration is considering a proposal that could potentially lead to large-scale deportation of foreigners on H-1B visas for high-speciality workers waiting for their Green Card — mostly Indians — and drastically alter the way high-tech companies operate in the United States. The proposal circulated in the form of an internal memo in the Department of Homeland Security (DHS), which oversees citizenship and immigration, intends to end the provision of granting extensions to H-1B visa holders whose applications for permanent residency (Green Card) had been accepted, is part of President Donald Trump’s “Buy American, Hire American” initiative.

An estimated 500,000 to 750,000 Indian H-1B visa holders could be sent home if the administration decides to go ahead with the proposal.

“If implemented this could lead to large-scale deportations, mostly of Indians, throwing hundreds and thousands of families into crisis,” said an official of Immigration Voice, an advocacy body in San Jose. Immigration Voice is planning to mount a challenge through outreach and sue when a decision is announced, he added.

“The idea is to create a sort of ‘self-deportation’ of hundreds of thousands of Indian tech workers in the United States to open up those jobs for Americans,” a US source briefed by homeland security officials told McClatchy DC Bureau, which first reported the proposal.

A response to Hindustan Times requests to both DHS and the US citizenship and immigration services (USCIS) was awaited, but the existence of the memo was confirmed by sources in the US and Indian governments, industry and those that are likely to face action under the new rules.

An H-1B visa is granted for three years, with the provision of three more with one extension after which visa holder’s return to their countries. If approved for Green Card, they wait in the US using extensions.

For Indians, that wait could stretch for years given the massive backlog caused by the system of per-country annual cap on the number of permanent residencies.

The proposal is based on the power of discretion given to USCIS officials to decide on extensions to be given to H-1B holders waiting for Green Card. They could choose to extend from one to three years, and often chose the maximum of three, and granted some visa holders as many extensions as needed.

“If it has been left to their discretion,” said a lobbyist. “They can theoretically decide not to grant any extension at all.”

The Indian government is watching the development with mounting alarm as it had the administration’s previously announced plans and decisions to tighten H-1B rules and regulations with the objective of preventing its abuse to replace American workers with lower-paid foreigners.

One of the plans in February 2017 was to roll back H-4 EAD — a regulation introduced by President Barack Obama to attract and retain highly skilled foreign workers by granting work authorization to spouses of H-1B visa holders awaiting Green cards. That will impact mostly Indians again.

The administration also plans to redefine high-speciality professionals for the purpose of H-1B visas. And there is a general review of the programme ordered by the President.

The United States grants 85,000 non-immigrant H-1B visa every year — 65,000 to foreigners hired abroad and 20,000 to foreigners enrolled in advanced degree courses in US schools and colleges. An estimated 70% of these visas go to Indians — hired mostly by American companies such as Facebook, Microsoft and Google and some by American arms of Indian tech giants Infosys, Wipro and TCS.

The US companies, which are large employers of foreign workers but escape the scrutiny facing Indian firms, will be hit the hardest as they are more likely to apply for Green Cards for their H-1B workers than their Indian counterparts, who tend to rotate their workers home at the end of the stipulated period.

These big companies can be expected to push back as well, as could the chamber of commerce. A response was awaited to a request for comments from Compete America, a trade body representing Silicon Valley high-tech firms in Washington DC.