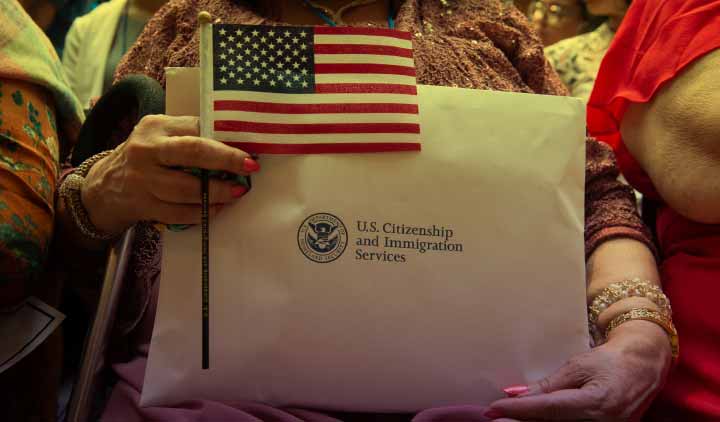 In 2017, President Trump issued an executive order that barred immigration from seven countries. Last year, the government denied more than 37,000 visa applications in keeping with the parameters of the ban—many multiples higher than the rejections before the ban went into effect in 2017, which totaled less than 1,000. As promised, President Trump has also cracked down on H-1B visas—a temporary visa awarded to highly skilled foreign workers—on the whole, denying one in four requests last year and nearly a third of petitions in the first quarter of 2019.

The process of immigrating to the U.S. is a lengthy, convoluted one. Unlike other countries, the U.S. doesn’t have a startup visa—President Trump put the brakes on a program introduced by President Obama —which means an aspiring immigrant entrepreneur who lacks a green card may have to jump through hoops to start a company (if they can get a visa at all). Against the backdrop of anti-immigration sentiment and policies, the hurdles facing immigrants of all stripes, especially would-be entrepreneurs, are only growing. Four immigrant CEOs shared the challenges they’ve faced—and continue to face—as they build their companies and navigate through the immigration system.

SEEING THE PATH TO ENTREPRENEURSHIP

Viridiana Carrizales, the CEO of education nonprofit ImmSchools, came to the U.S. when she was 11 but remained undocumented through college. Her immigration status only changed when she got married seven years ago, and then in 2016, she finally became a U.S. citizen.

For a few years after college—until she got married and could change her immigration status—Carrizales had a degree but was unable to use it. During that time, it didn’t even occur to her that she could be her own employer. (Her co-founder, for example, was undocumented when they started ImmSchools.) “As a young, undocumented, educated person, I wish I knew the opportunities for me to start my own business,” she says. “It was never something that I even contemplated or knew about. Because at that point, I hadn’t really met other people who had started their own businesses; I thought you needed to be a U.S. citizen. I also come from a low-income family, and I just didn’t have the financial means and never really saw myself as [an entrepreneur].”

Even then, Carrizales thought entrepreneurship required know-how that she didn’t have. “It was something I was very afraid to do because I had all these misconceptions about what it means to be an entrepreneur,” she says. “I thought you needed to have capital to do it, or needed to know everything before you stepped into it.” Now that she’s on the other side, Carrizales wants to show undocumented students or others from underrepresented backgrounds that entrepreneurship is a path open to them, even if it means working around legal hurdles—say, opening a bank account as an undocumented business owner.

Of course, Carrizales has since realized that many of the people she knew were, in fact, entrepreneurs in their own right—small business owners who carved out a life for themselves. Carrizales points to her mother, who is a seamstress, or relatives who sold food out of their homes. “Especially for undocumented immigrants, one of the beautiful things is they’re entrepreneurs at heart,” she says. “It’s in our blood. When you have a need, you become creative and innovative.”

Sergio Rodriguez, CEO of online marketplace ToDoolie, moved to the U.S. as a child, but as a dependent of his father, who worked at the NIH. Rodriguez was granted the H-4 visa, which is issued to immediate family of H-1B holders, but that didn’t authorize him to work in the U.S. “Growing up, going into my teens, I quickly realized I didn’t have a social security number,” he says. “I started knocking on doors in my neighborhood, asking people for work. I started doing anything, from raking leaves and pulling leaves to working parties and taking people to the airport—menial odd jobs. What was interesting about this work was I could do it whenever I wanted to. And I was making double what my friends were making.”

Those gigs allowed him to pay his way through college, in part because of the flexible hours. “Even though I did some internships and a little bit of research, I continued to do odd jobs on the side to pay for school,” he says. “I actually ended up graduating debt-free and paid for tuition entirely out of pocket.”

The experience sparked the idea for Rodriguez’s startup, which connects homeowners with students looking for work. Since going to college, Rodriguez has managed to remain on a student visa; at the moment, he is getting an MBA. Due to his immigration status, Rodriguez couldn’t start a company in the U.S. without bringing on a cofounder who was a citizen. (He actually brought on two cofounders.) “I’m technically what you would call a passive investor in the company,” he says. “I own a percentage of the company, but I don’t work for it. As an immigrant, you can’t be self-employed. You can work for a business that hires you, or you can own a business, but you can’t do both. You can’t own a business that hires you.” That means that while Rodriguez is the owner and CEO, he has to keep a lower profile. “There are certain things that I can’t do,” he says. “Whenever something is very public or a big decision needs to be made, I usually have one of my business partners do it.”

One of the biggest challenges for Mike Galarza, the CEO of fintech startup Entryless, was that he couldn’t leave his full-time job for his startup without giving up his existing visa. “If you are a legal immigrant and you want to start a business, it is impossible to jump from the job that is sponsoring the visa into a new business,” he says. “If you got a new job or if you want to start a new business, you would need to leave the U.S. and go to your country of origin to apply for a new visa.”

Eventually, Galarza switched to a visa for citizens of NAFTA countries, which meant he had a social security number and could incorporate his company. But to switch his visa sponsorship, he still had to prove the legitimacy of his business. For a year after incorporating, Galarza had to hold down his full-time job and work on his company after hours, whether that meant talking to developers and designers or pitching potential partners. “I had to work from 8 a.m. to 5 p.m. on my day job sponsoring the visa,” he says, “and then focus on my newly created business from 5 p.m. to 12 a.m. and 6 a.m. to 8 a.m.”

Hadi Partovi, CEO of education nonprofit Code.org, immigrated to the U.S. from Iran at the age of 11. By the time he started his first company, Partovi was a citizen, so he didn’t face some of the same issues as entrepreneurs who immigrated later in life. (He was also well-positioned as a Microsoft alum who worked on Internet Explorer; Code.org boasts funding from his former employer, along with Google and Facebook.) But since Trump enacted the travel ban, it has been virtually impossible for Iranians to follow Partovi’s lead.

“It’s really damaging to the tech industry,” Partovi says of the ban, which has blocked most immigration from Iran. “Because [Iran] is a country that has a lot of tech talent, oddly a lot of female tech talent. There’s pretty much a gender balance in the computing field. Any company that wants to fix its gender balance could do so by hiring women from Iran—except the government bans them from entering this country.”

The irony, Partovi says, is that the risky proposition of immigration is the best training for an entrepreneur. “I believe quite strongly that the experience of being an immigrant prepares you for entrepreneurship,” he says. “There’s a burn-the-ships approach of committing to an all-new life and a vision of the future that is very similar to the job an entrepreneur does. An entrepreneur effectively quits their career and job and starts their company from nothing; they’re basically exploring an undiscovered country. How you feel about it is very similar. I think this is why so many founders in America are immigrants or children of immigrants—because of that shared experience.”

Why Are There Lack of Women in STEM JOBS?