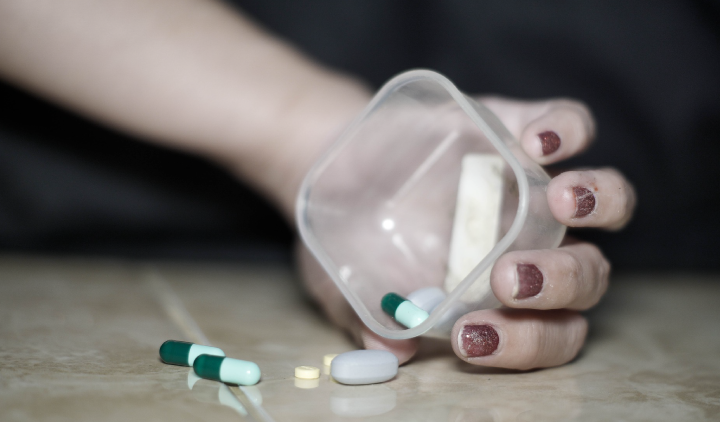 Like a line of international students before him, Huixiang Chen sacrificed the comforts of home to become an expert.

Chen, 30, started his Ph.D. at the University of Florida’s College of Engineering in 2015 and dedicated himself to his electrical and computer engineering degree.

As he moved toward his doctorate, Chen sacrificed sleep and worked through dense material in a language secondary to him. He hadn’t been home to China in four years, according to friends.

In his lab, Chen said he found only more stress and a push to be academically dishonest, he wrote.

“My life is worse than death,” Chen wrote in a translated text.

On June 13, workers in Benton Hall, where Chen worked, found his body. Police found a note and searches on Chen’s computer indicating he would harm himself, a university spokesman said.

Chen’s death reflects broader issue administrators across the state working with international students have run into — how to help a group in an extremely stressful situation, who often feel stigmatized about coming forward and seeking counseling. Representatives from Florida’s largest public universities — UF, the University of South Florida, Florida State, the University Central Florida — all expressed the difficulty of getting international students to seek help because of cultural stigmas.

International Students in the US Must Be Aware of Academic Integrity

Choi, who started the group 14 years ago, was inspired by his experience being an international student in 1995 when he said nobody talked about that population’s mental health. The group he heads hosts two Mandarin group therapy sessions a semester, which he runs. Groups in other languages vary depending on staff ability and student interest, he said.

Often there is counseling available in Spanish, as there is at most Florida universities. For most schools, counseling in other languages depends on staff availability. To ensure students of any language can seek help comfortably, UCF uses CyraCom, a telephone translation service they can use in counseling sessions.

Even in their native language, international students may be wary of attending therapy sessions. Choi has seen some physically dragged in by their friends.

He said many international students come from backgrounds where mental health is not talked about, so they hold in their stress or talk about it only with friends.

Often, struggling international students may go to a primary care doctor instead and present their symptoms, said Karen Hofmann, the director of UCF’s Counseling and Psychological Services. Doctors then have to refer students to the counseling center.

“The expectation is you handle all problems on your own,” Hofmann said.

Lala Du, president of the Chinese Student Association at UF, has lived in America for more than six years but said even for her it can be hard to get by. The club she leads mainly caters to Chinese international students or Chinese-born first-generation immigrants like herself. She said international students face more stress because they are away from family and adjusting to a new place. On top of that, she said they have to learn advanced material in a foreign language. But many don’t seek help.

“Chinese students or international students, some of them who have mental issues, they are not brave enough to get help,” she said.

Scott Strader, the director of USF’s Counseling Center, said the group works closely with USF World, the school’s international hub, to introduce themselves to students from the first day they arrive. Most counseling centers have a close relationship with the groups that host international students, making an effort to introduce themselves and explain the work they do early on.

“It’s really kind of building these relationships over time that can help to have any student feel more comfortable with seeking services,” Strader said.

At FSU, the counseling center goes to Friday coffee hours, where nearly a hundred international students gather, to casually talk with students about counseling and educate them about what’s available.

“A lot of the time international students don’t know why they would go to counseling,” said Carlos Gomez, the director of FSU’s counseling center.

Gomez said psychotherapy is inherently a product of individualistic culture, which many international students don’t come from. Instead, they seek out a community close to them, who are often quicker to recognize problems in their friends than in themselves, Gomez said.

It’s why FSU’s counseling center tries to teach people the skills for talking with a friend about a mental health problem. But not every student has a supportive community, he said.

“They’re kind of stuck in this nowhere land, and I feel that it’s incumbent on us who are the mental health professionals here to go out to them.”

When students come to America, they often look forward to making friends with American students, Choi said. But those students can keep to themselves, not interacting with international students who speak differently, eat differently and have different value systems.

For graduate students who may be bogged down with research and teaching courses, it can be even harder to adjust.

“Socialization is a big and important part for well being,” Choi said.

At USF, international students are integrated into regular undergraduate housing instead of having a designated hall as other universities may. It’s so students can get the “American college experience” right away, said USF World Vice President Roger Brindley.

The university takes a holistic approach to the health of its students, international and otherwise, Brindley said, which includes offering nondenominational prayer spaces, vegan and vegetarian foods important to certain cultural diets and having a week-long orientation program for freshmen.

At UF, Choi said he wished there was a place for international students to go where they can get all the information and support they need in one place.

“I would like to see the University of Florida being more proactive,” he said.

At Chen’s UF-hosted celebration of life, held about a month after his death, Chen’s cousin spoke about how the family was still struggling to accept what had happened, according to the Independent Florida Alligator.

She spoke to the crowd of about 150 while a translator repeated her words. In the back of the room, members of the Counseling and Wellness Center waited.