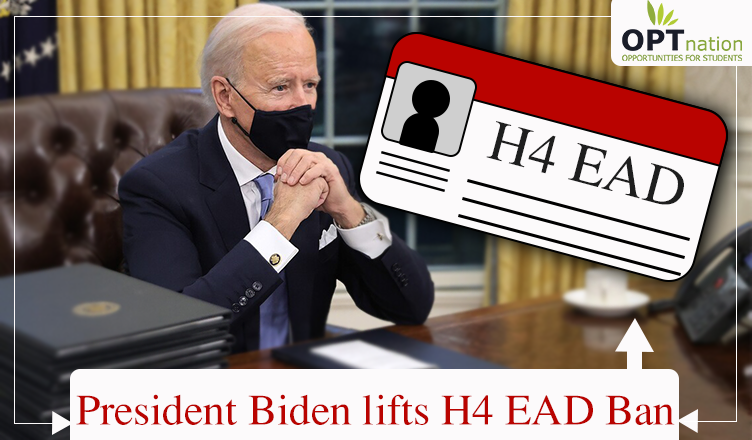 The Trump administration introduced a variety of tough policies to reduce the entry of foreign nationals in the United States.

The H-1B visa, a highly coveted visa status is among the only practical paths for high-skilled foreign nationals, including international students, to work long-term in the United States and be given the opportunity to become employment-based immigrants and U.S. citizens.

The measure had been brought in during the Barack Obama presidency. Spouses of H-1B workers were first awarded the right to be gainfully employed by the Obama administration in 2015.

This cohort is one to reckon with: Nearly 60% of those living in the US as dependents of their spouses have professional or graduate degrees of their own, 49% have an individual income upwards of $75,000, a survey of over 2,400 people by advocacy group Save H4 EAD revealed.

But in 2017, the Donald Trump administration had proposed a bill to revoke H4 EAD as part of his anti-immigration policy. In fall 2018, the department of homeland security and US Citizenship and Immigration Services introduced the “Removing H-4 Dependent Spouses from the Class of Aliens Eligible for Employment Authorization” rule.

Those on the H-4 visa (nine in 10 of whom are highly-skilled women from India) already struggled to maintain jobs, insurance (and their sanity) under Trump.

Several of the spouses who are in the United States because their husbands are working on an H-1B visa are highly skilled professionals who would have had to give up their careers as this rule had been implemented.

“Preventing women from engaging in employment can lead to isolation, depression, anxiety, feelings of guilt, and a loss of self-worth,” vice president Kamala Harris, then a senator from California had argued in a September 2018 letter.

The latest move is expected to provide relief to more than 100,000 Indian nationals who had moved to the United States along with their spouses for work. The rule allows qualified spouses of H-1B visa holders to contribute to the US economy.

United States President Joe Biden has started delivering on his campaign promises to immigrants on the coveted H-1B visa.

On January 25, the newly appointed American president withdrew a proposal to disallow dependents of H-1B holders on H-4 visas to work in the country. The rule allows qualified spouses of H-1B visa holders to contribute to the US economy.

US President has permitted dependents of H-1B visa holders to continue working in the country.

The immigrant community is breathing a sigh of relief after four years of anxiety brought on by former US President Donald Trump whose administration had taken work permits for H-1B spouses to the guillotine at the very start of its tenure.

“After four years of needless anxiety for H-4 EAD holders, this is welcome news. The Biden administration is moving fast on reversing or pulling back immigration regulations implemented during the Trump administration. It gives us all hope that maybe we will be able to see the reform needed in the immigration system, even if it is done piecemeal,” said Nandini Nair, partner at law firm Greenspoon Marder.

In the financial year 2020, the US Citizenship and Immigration Services received 67,690 applications (including renewals) for H4-EAD, of which 52,470 were approved and 2,538 were rejected.

Biden is sending to Congress the US Citizenship Act of 2021, which, among other things, “provides dependents of H-1B visa holders work authorisation, and children are prevented from ‘ageing out’ of the system”, immigration attorney Garganigo, Goldsmith & Weiss said in a note on January 27. But getting it approved is still a ways away.

As for the H-1B workers themselves, they are still waiting on Biden to reverse last year’s freeze on travel for H-1B workers that Trump extended until March 31.