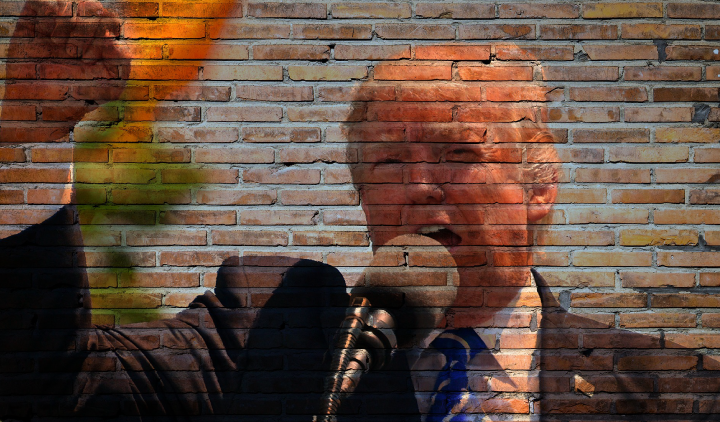 President Donald Trump said he was “very seriously” considering issuing an executive order to make changes to birthright citizenship, which some argue is protected as a constitutional right, and called it “ridiculous.”

When asked about the issue outside of the White House on Wednesday, Trump criticized those who have used birthright citizenship to become U.S. citizens.

“Where you have a baby on our land ― you walk over the border, have a baby. Congratulations, the baby is now a U.S. citizen,” Trump said.

Trump moved on to another question from reporters without explaining the plan further, according to White House pool reports.

Birthright citizenship, which bestows U.S. citizenship on anyone born on U.S. soil, is enshrined as a right under the 14th Amendment. It was ratified to grant citizenship to emancipated slaves after the Civil War.

Section 1 of the 14th Amendment reads:

No state shall make or enforce any law which shall abridge the privileges or immunities of citizens of the United States; nor shall any state deprive any person of life, liberty, or property, without due process of law; nor deny to any person within its jurisdiction the equal protection of the laws.

Concern over birthright citizenship was renewed after the Trump administration announced Wednesday that it was rolling out a new set of guidelines that would allow immigration officials to detain migrant families who cross the border illegally for an indefinite amount of time.

The new rules would supersede existing regulations, established after a 1997 class-action lawsuit known as the Flores settlement, that limits the amount of time that immigrant children can be held in government custody to 20 days or less.

Trump has previously threatened to take away birthright citizenship as part of his campaign promise to suffocate illegal immigration into the U.S.

Last October, Trump floated his plans to use an executive order to end birthright citizenship for children born in the U.S.

In an interview with Axios, Trump wrongly claimed that the U.S. was the “only country in the world” that allows for birthright citizenship. In fact, there are at least 30 countries that grant citizenship to those born on the country’s soil.

“A president doesn’t get to decide on his own who’s an American citizen and who’s not,” Obama said during a Democratic campaign rally in Florida