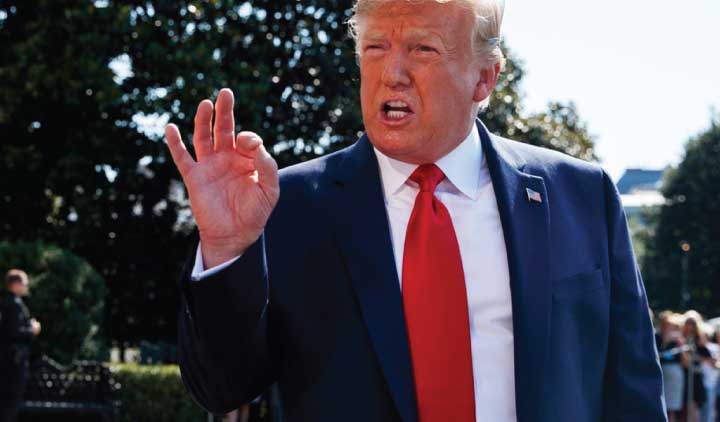 The Trump administration released a regulation Monday that could dramatically cut the number of legal immigrants allowed to enter and stay in the US by making it easier to reject green card and visa applications.

Paired with last week’s enforcement raids on food processing plants in Mississippi, Monday’s announcement amounts to a concerted effort by the administration to limit legal immigration and crack down on illegal immigration.

The so-called public charge rule is designed to ensure immigrants can support themselves financially. In doing so, though, it’ll likely make it harder for low-income immigrants to come to the US.

Under current regulations put in place in 1996, the term is defined as someone who is “primarily dependent” on government assistance, meaning it supplies more than half their income. But it only counted cash benefits, such as Temporary Assistance for Needy Families or Supplemental Security Income from Social Security.

Immigrant advocates have argued that the rule, as it was proposed, went far beyond what Congress intended and would discriminate against those from poorer countries, keep families apart and prompt legal residents to forgo needed public aid, which could also impact their US citizen children.

They also said it would penalize even hard-working immigrants who only need a small bit of temporary assistance from the government.

Earlier this year, Trump also issued a memorandum doubling down on a current law that requires immigrants’ sponsors to take financial responsibility for certain income-based government benefits the immigrant receives. It’s unclear whether enforcing the law would make any substantial difference.

Undocumented immigrants would not be affected — unless an avenue opens up for them to apply for green cards or visas since they are largely ineligible for public aid.

Monday’s regulation is likely to meet legal challenges, but it could still cause some who fear retribution to alter their daily lives.

About one in seven adults in immigrant families reported that either the person or a family member did not participate in a non-cash safety net program last year because of fear of risking his or her green card status in the future, an Urban Institute study found.

Among low-income immigrant families, the figure was more than one in five, according to the study, which was based on a December 2018 survey of nearly 2,000 non-elderly adults who are foreign born or live with at least one foreign-born family member

The rule means many green card and visa applicants could be turned down if they have low incomes or little education because they’d be deemed more likely to need government assistance in the future. It would take effect 60 days after it is published in the Federal Register Tuesday.