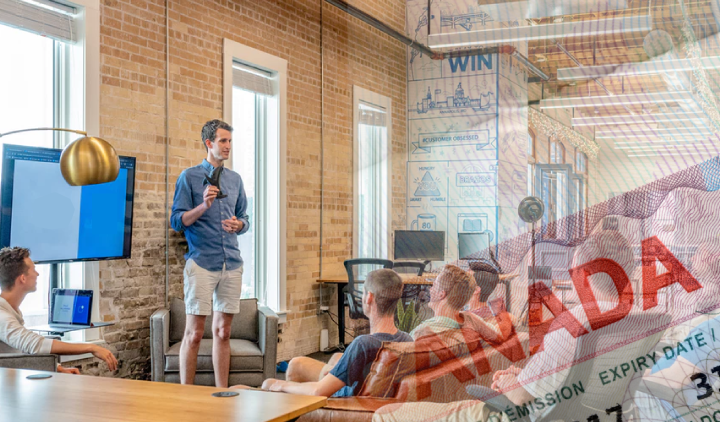 Facing the uncertainty of U.S. immigration and H-1B policy, many tech firms are turning to Canada for their foreign-worker needs. With processing delays at U.S. Citizenship and Immigration Services (USCIS) on the rise, tech firms claim that opening a Canadian office and importing these workers is the most effective way to keep their strategies on track.

“Talented international professionals choose destinations other than the United States to avoid the uncertain working environment that has resulted directly from the agency’s processing delays and inconsistent adjudications,” Marketa Lindt, president of the American Immigration Lawyers Association, told a U.S. House of Representatives hearing during July testimony about those USCIS delays.

According to a study earlier this year from Envoy Global, some 80 percent of employers expect their headcount of foreign nationals to either increase or stay the same in 2019; even more (95 percent) think that sourcing foreign talent is a “extremely, very, or somewhat important” to their overall talent-acquisition strategy.

Envoy’s data also shows that 65 percent of employers consider Canada’s immigration policy more favorable to their operations than U.S. policy, and 38 percent are thinking of an expansion into Canada. Meanwhile, 21 percent say they already have an office there.

“I was a serial entrepreneur and I spent most of my career watching a brain drain from Canada,” Yung Wu, the CEO of Toronto-based MaRS Discovery District, a tech-innovation hub for startups, told Vox earlier this year. “This is the first time in my career I’ve seen a brain gain.”

For tech firms based in the major tech hubs of Seattle, San Francisco, New York, and Boston, it also helps that Canada is a very short plane ride away; executives and staffers in those cities could be meeting with their Canadian counterparts in a few hours (or even less, if you take a seaplane between Seattle and nearby Vancouver).

Canada’s ultra-fast visa processing stands in stark contrast to the United States, where the Trump administration has put tighter controls on the H-1B visa and the H-4 EAD.

For example, USCIS has reportedly begun asking companies about the type of work that H-1B visa recipients will engage in, including vendor agreements and projects. These requests for evidence (RFEs) seem particularly targeted at outsourcing firms, which must place workers with client firms. The number of H-1B rejections is also up, and USCIS has periodically restricted premium processing, jamming the pipeline still further. In May, a handful of U.S. Senators sent a letter to USCIS complaining about the processing slowdown.

In May, President Trump introduced a sweeping immigration reform plan that could fundamentally alter how tech firms in the U.S. source highly skilled foreign workers. Under this proposal, the nation’s immigration system would become “merit-based,” with an emphasis on selecting immigrants who exhibit “extraordinary talent,” “professional and specialized vocations,” and “exceptional academic track records.”

How that will align with the attempts to squeeze the H-1B visa is anybody’s guess (consistency of policy across agencies has not been the Trump administration’s strong suit). In the meantime, Canada—along with a number of U.S. tech firms—seem to be taking advantage of the USCIS delays to pull in more foreign tech professionals to their Canadian outposts.