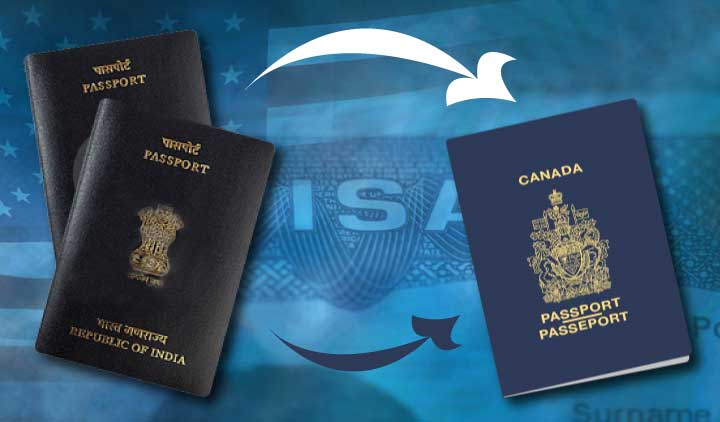 During 2018, more than 39,500 Indian citizens obtained permanent residency in Canada under the express entry system. According to the statistics released recently, Canda admitted over 92,000 new permanent entry residents under its express entry system in 2018, a rise of 41% over the previous year. It may be noted that permanent residency is similar toa green card in the United States (US).

An interesting thing to note here is that in 2017, China had secured the second rank. It slipped to the third rank in 2018, with only about 5,800 Chinese acquiring permanent residency. Meanwhile, Nigeria obtained the second slot in this list. The number of invites issued to the citizens of China indicated a negative growth. In the earlier editions, ToI has covered the challenges faced by Indians working in the US, such as delays or denials of H-1B visa extensions, green-card backlogs, or the proposed plan to revoke the right of H-1B spouses to work. All these things have resulted in a migration flow to Canada.

Even, those who are based in India are also actively looking at Canada for employment or permanent settlement. A pilot scheme, which has recently transited to a permanent scheme, the Global Talent Stream (GTS) enables Canadian companies to bring on board expats with a STEM background within a period of just two weeks. It is to likely increase the flow of Indian employees to Canada. It may be noted that the national publication in its April 10 edition, had stated that many of these GTS workers are expected to later opt for permanent residency.

Under the express entry program, applicants go through an online profile. After this, they are placed in the express entry pool and ranked relative to each other based on their comprehensive ranking system (CRS) scores. CRS considers factors such as the existence of a job offer, age, education, work experience, English and French proficiency. All those applicants who clear the cutoff mark are sent invitations to apply for permanent residency. It may be noted that the maximum cutoff is 1,200.

Immigration, Refugees and Citizenship Canada, Canada’s immigration division, in its recently released express entry report stated, “The top countries of citizenship based on the people admitted to Canada generally mirrors those of invited candidates. Nearly half of all people admitted in 2018 had Indian citizenship.”