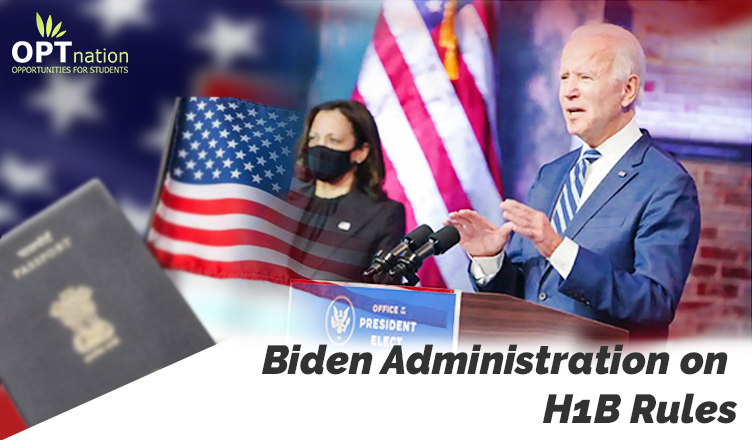 As promised, Joe Biden went to work immediately after getting sworn in on January 20. His team set out to reverse the damage the Trump era did to H-1B visas and to the US immigration system.

The Trump Administration had made changes through three types of actions: policy changes, regulatory changes, and executive orders. Each type of action requires a different type of approach for reversal.

On January 20, The White House Chief of Staff issued a memorandum that directs the agencies to take some actions and “consider” (nicer way of saying – do it) certain others.

The following rules and policies will be affected:

— The Department of Labor (DOL) policy requiring end clients to be involved in and take responsibility for the H-1B process – should be WITHDRAWN.

Biden also signed an executive order reversing the ban on travel from certain Muslim countries. The immigration ban that Trump had extended to March 31, 2021 is not withdrawn yet.

To undertake the reversal of rules and policy, on January 20, 2021, the White House Chief of Staff issued a memorandum that directs the agencies to:

— Freeze making of or publication of all new rules.

— Freeze publication of rules that have not yet been published.

— Freeze for 60 days (until 31 March 2021) the rules that have been published, but have not yet taken effect, stating further for the agencies to:

b) consider pending petitions for reconsideration involving such rules.

c) where necessary to continue to review these questions of fact, law, and policy, and consider further delaying, or publishing for notice and comment proposed rules further delaying, such rules beyond the 60-day period.

d) undertake further deliberation before taking any action on or under those rules that raise substantial questions of fact, law, or policy.

The Biden Administration has also sent a legislative package. The detailed documentation is not available yet, but the package of proposed changes includes the following:

— Making it easier for graduates of U.S. universities with advanced Science, Technology, Engineering and Mathematics (STEM) degrees to stay in the United States

— Creating a pilot program to stimulate regional economic development, authorizing the USCIS to adjust green cards based on macroeconomic conditions

Pandemic and Its Challenges: Issues Faced By International Students in U.S.

Politically, this is a good time for immigration laws to be revamped and modernized. Concluding from various polls conducted over the last two years, 70% of the US population considers immigration to be important for the United States. Democrats, that is Biden’s party, have the majority (although a slim one) to pass laws and be effective.

Further, looking back upon the history of attempted immigration law reforms, the last major comprehensive immigration bill was passed by the Senate, but not by the then Republican-controlled House. Most of the Republican senators who were in favor of that bill are still active members of the Senate. There should be bipartisan support for most of the basic ideas embodied in the Biden proposals. These ideas were also a part of the last failed reform.

The speed, efficiency, and expertise shown by the Biden team makes it inevitable that we will see intelligent and well-considered administration of laws and policy for at least the next four years. That itself is great assurance for businesses and individuals to make plans with a sense of repose.