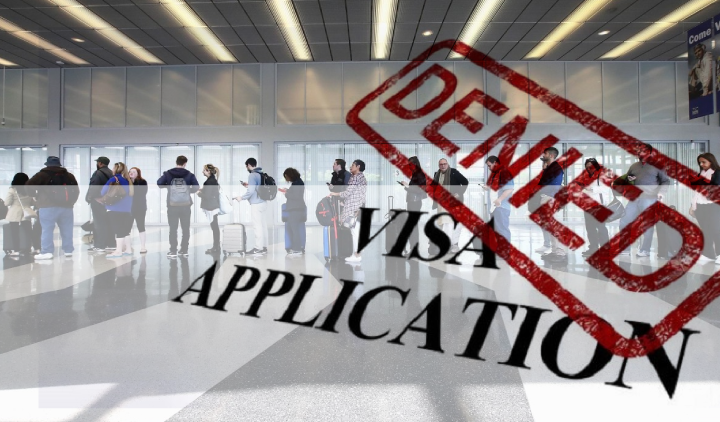 Denial rates for high-skilled worker visas have quadrupled since 2015, a trend that makes it much harder for companies that rely on these workers to find and retain talent.

According to data from U.S. Citizenship and Immigration Services (USCIS), denial rates for first-time H-1B visa applicants increased from 6% to 24% between fiscal years 2015 and 2018. And the trend is growing.

Through the first half of fiscal year 2019, USCIS denied 33% of initial H-1B visa applications, data shows.

H-1B visas are highly sought-after work visas for high-skilled workers like computer engineers and programmers. Each April, USCIS receives about 200,000 applications for only 85,000 visas.

The reason behind this trend are new policies that the Trump administration introduced to protect American workers by preventing fraud.

These new policies placed greater scrutiny on applications and raised the standards for awarding and renewing foreign worker visas, according to the National Foundation for American Policy, a non-partisan nonprofit that recently analyzed USCIS’s own data.

“We had been hearing that companies had experienced more denials, but until you put the numbers together, it became clear how large a change in policy there had been and how big of an impact it’s having,” said Stuart Anderson, the executive director for the National Foundation for American Policy.

First, it limits growth because companies cannot hire new employees. Second, it jeopardizes quality control because experienced employees who are denied their visa renewal have to stop working.

“And, on a personal level, it can really have a negative impact on an organization to lose people who have been working there for many years,” he added.

Some of the country’s most profitable and well-known companies have had more H-1B visa applications denied.

Microsoft, IBM, Deloitte, Ernst & Young, Wal-Mart, Google, Amazon and Facebook all had their worker visa denial rates increase between 2015 and the first half of 2019, according to data from USCIS.

FROM IBM TO APPLE

The two accounting firms saw their denial rates increase by 40% between that time. IBM experienced a 30% increase, JP Morgan Chase 13 percent, and both Walmart and Microsoft saw a 12% increase in denial rates.

Google, Facebook and Apple also experienced an increase, albeit less dramatic. Their denial rates went from 1% in 2015 to about 5% in 2019, data shows.

Ron Hira, a professor at Howard University who has been looking at the H-1B visa program for years says this the first time since the program began 30 years ago that the government is actually enforcing standards.

Hira pointed to a 2015 scandal in which Southern Cal Edison’s American IT workers were laid off and asked to train H-1B visa employees who took their jobs as an example of how the program is in need of reform.

“The H-1B program is rife with abuse and exploitation, but prior administrations – both GOP and Democratic – essentially rubber-stamped petitions,” he said. “I’m sure employers don’t like the increased scrutiny but that doesn’t mean the government is doing anything wrong.”

In San Diego, Qualcomm had 17 guest worker visas denied in 2019.

That is more than the company had denied between 2009 and 2017, data shows. Qualcomm is among the biggest employers of H-1B workers in California.

The company routinely employs hundreds of foreign workers a year. Therefore, the denial rates, while increasing, are much lower than the national average.

The company did not respond to a request for comment. Qualcomm has historically supported increasing the cap limit on worker visas, which was established in the 1990s.

Other local companies like Sydata, Ellianse, and Sysintelli had denial rates above 50 percent. None of those companies responded to a request for comment.

Specifically, IT consulting firms seem to be receiving greater scrutiny in their applications, Sapochnick added.

USCIS will question whether the company has enough work to justify the hiring or if the jobs being offered are complex enough to qualify as specialty occupations.

Sapochnick has also heard from clients who receive on-site visits from USCIS agents asking questions about who is working there, what their job title is and how much money they earn.

In February 2018, USCIS published a policy memo outlining tougher standards specifically for companies that hire for “third-party workplaces” such as IT consulting companies.

“Based on the agency’s experience administering the H-1B program, USCIS recognizes that significant employer violations — such as paying less than the required wage, benching employees (not paying workers the required wage while they wait for projects or work) and having employees perform non-specialty jobs — may be more likely to occur when petitioners place employees at third-party work-sites,” the memo states.

One client was recently denied a continuing H-1B application. He had been with the same company in San Diego for eight years but had to go back to Bangladesh after his renewal was denied.

Fortunately, his employer helped him apply for a Green Card so he could be back after a year, Sapochnick added.