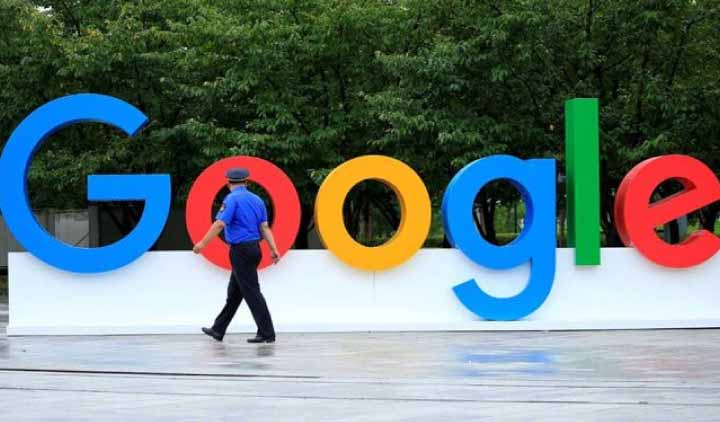 600 Google employees have signed a petition urging the internet giant not to work with US immigration officials, unless they stop ‘engaging in human rights abuses.’ Rumours that US Customs and Border Protection (CBP) were set to request bids on a huge cloud computing contract, sparked the petition.

As a major cloud computing provider, it is possible Google would consider bidding for the contract to rival competitors Amazon and Microsoft.

However, Amazon and Microsoft along with other major tech companies Palantir and Salesforce, have faced heavy criticism for selling software to US federal immigration agencies such as US Immigration and Customs Enforcement (ICE) and the CBP.

It’s well-known that ICE in particular is in business with at least 200 tech firms.

Contracts between immigration agencies and tech companies are considered politically controversial because the services tech firms provide are used to enforce contentious US immigration policies that split families at the US southern border, detain children and deport refugees back to dangerous countries.

In the majority of cases, employees who consider themselves part of the “Tech Won’t Build It” and “No Tech for ICE” movement, have been some of the first to voice concerns about their companies’ practices.

The petition circulated by Google employees states that: “The winning cloud provider will be streamlining CBP’s infrastructure and facilitating its human rights abuses. It’s time to stand together again and state clearly that we will not work on any such contract.”

Google silent on whether they will bid on ICE Contract

It’s understood that Google has, so far, not responded to a request for comment about the petition.

The petition urges Silicon Valley-based Google to make a public commitment not to support ICE, the Office of Refugee Resettlement, and CBP.

The strongly worded petition argues that by providing technological support to any US immigration related agency in the current climate, would make Google complicit in the actions of the agency.

“Google would be trading its integrity for a bit of profit, and joining a shameful lineage,” the petition states.

The petition goes on to say: “History is clear: the time to say ‘NO’ is now. We refuse to be complicit.”

No Tech for ICE movement

The movement to prevent tech firms from providing ICE and other immigration agencies with technology is led, in part, by a number of immigrant and minority advocacy groups.

However, not one major tech company doing business with US immigration agencies has cancelled a contract, but the ‘No Tech for ICE’ and ‘Tech Won’t Build It’ movements have helped to apply pressure on firms, forcing them to defend their decisions to work with US immigration authorities.

Google drops out of computing contract

In 2018, Google did drop out of the bidding for a massive cloud computing contract with the Pentagon worth up to $10 billion. They withdrew from the bidding amid employee protests, which urged the search engine titan to ‘stay out of the business of war.’

Meanwhile, Google employees have challenged their employers on several issues more recently. Most notably, there have been protests over sexual harassment in the workplace and the potential adaption of Google’s search engine for use on the heavily censored, Chinese internet.

Building your Career – Training and Assured Placement in USA