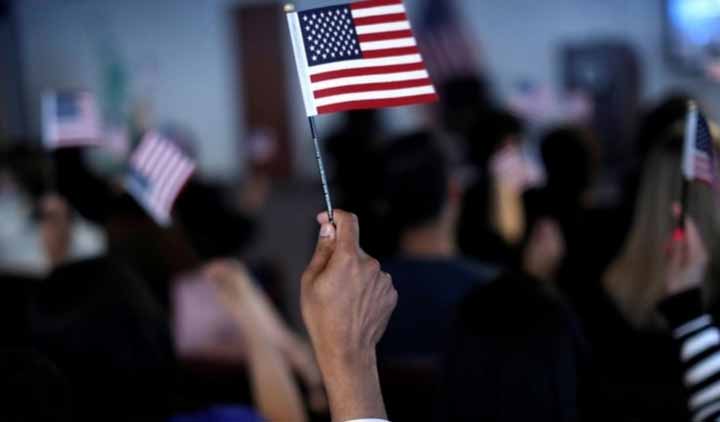 Immigrant visa applicants suffered a US visa blow recently as the Trump administration rolled out its controversial public charge regulation plans. The new, hard line regulation targets Green Card applicants who have used welfare benefits, including food stamps and government-subsidized housing. Many of Trump’s opponents have described the new legislation as ‘sickening.’

The public charge rule is the latest in a number of hard-line policies orchestrated by Trump since becoming president. This new legislation, outlined in a document spanning more than 800 pages, will allow the government to expand its definition of the term public charge, which has existed for centuries.

It’s understood that the final and enforceable version of the rule was officially published in the Federal Register on Monday, August 12 and will come into effect in October. The rule is set to hit thousands of low-income immigrants, affecting everything from access to medical care and English language teaching, to welfare programs.

Critics say that discussion of the public charge rule being rolled out has already had a ‘chilling effect’ on a number of immigrant communities, including households and families who are not even affected by it on paper.

In a statement to reporters at the White House, acting director of United States Citizenship and Immigration Services (USCIS), Ken Cuccinelli, described the public order rule as an opportunity to promote ‘self-sufficiency’ and ‘success’ among immigrant communities.

He said: “Through the public charge rule, president Trump’s administration is re-enforcing the ideals of self-sufficiency and personal responsibility ensuring immigrants are able to support themselves and become successful here in America.”

Written into US immigration law in 1882, the public charge order was introduced in the same year as the Chinese Exclusion Act, which prohibited the entry of Chinese laborers into the US because immigration from China “endangered the good order of certain localities” – in other words they would be a burden on society.

In 1952, public charge was included in the Immigration and Nationality Act, which states that those who were ‘deemed a public charge, would be subject to removal or barred entry from America.

Under the Clinton administration in the 1990s, guidance was issued stipulating that only cash benefits – such as the Temporary Assistance for Needy Families (TANF) program — could be taken into account when determining whether an immigrant was a public charge.

What does the new public charge rule mean for immigrants?

Under current US immigration laws, officials demand that green card applicants prove that they won’t be a burden on the USA.

However, if the new rule comes into effect, immigration authorities would have to consider the use of government housing, food and medical care and the widely-used Section 8 housing vouchers and the Supplemental Nutrition Assistance Program (SNAP), to determine if an immigrant is a public charge.

Effectively, immigrant households that fall below a certain income threshold would be subject to a public charge test. Along with other criteria, the test would consider how well a US visa or residency applicant can speak, read and write English.

Additionally, under the new rule, caseworkers would have to count any medical condition that requires extensive treatment, against applicants.

It is understood that asylum seekers and refugees will be exempt from the public charge test.

Digital Talent Unavailability in US Raises Need for Offshore Talent

Following the closure of the 60-day public comment window in December last year, which allowed people to put forward their opinion on the proposed rule, more than 260,000 comments had been made. The vast majority condemned the new rule.

Meanwhile, according to a study carried out by the Urban Institute in May 2019, more than 13% of adult immigrants said that they avoided public programs such as food stamps and subsidized housing for fear of the public charge rule affecting their chances of getting a US green card. Among low-income families, this increased to 20.7%.

Immigrant advocates, doctors, civil servants and a number of Democrats fear that Trump’s public charge rule will punish the poorest and most vulnerable immigrants who depend on essential government benefits.

Doctors in particular, are concerned that many parents will cease to enrol their children on nutritional and medical programs, even if the children hold US citizenship status.

Following the unveiling of the new rule, several groups have pledged to file lawsuits in an attempt to block the legislation.