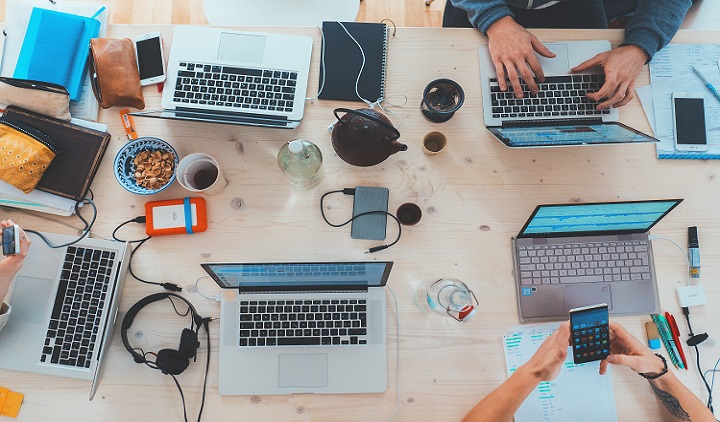 Companies seeking H-1B workers are being asked to prove they’ll have definite assignments for the full three-year term of the visa, the latest hurdle from the administration in its crackdown on the specialty occupation visa program.

U.S. Citizenship and Immigration Services requests for statements of work, vendor agreements, and a list of projects “have become really standard with third-party placement situations and staffing companies,” said Jennifer Minear of Richmond, Va.-based McCandlish Holton. “That was ridiculous enough,” but that type of evidence doesn’t even exist for employees who perform in-house work, she said.

“How can any of us guarantee we’ll be doing work three years from now?” Minear asked.

The tech industry, a heavy user of the H-1B program, is getting the brunt of the scrutiny. But it’s also happening in other industries such as health care, accounting, and pharmaceuticals.

The line of questioning is coming through requests for evidence (RFEs), a tool the USCIS uses to gather additional documentation proving that the job meets the visa criteria.

“We still have a lot of cases pending that we haven’t received anything on,” said Robert Cohen of Porter Wright Morris & Arthur in Columbus, Ohio. That includes a petition that was filed on April 2018 that still hasn’t received a final decision, he said.

The requests are “a waste of time and money and effort,” Cohen said. “One has to believe that they’re just issuing RFEs for the sake of RFEs,” he said.

In some cases, the USCIS is approving H-1Bs for shorter periods of time, depending on what the employer can prove about available work, said Ian Wagreich of Hughes Socol Piers Resnick & Dym in Chicago. Approvals for one or two years, rather than the full three years available, have become more common, he said.

The approvals for shorter periods aren’t as prevalent for in-house employment as they are for staffing companies, however.

“It’s not the end of the world,” but “it causes companies to expend resources unnecessarily” because they’ll have to petition to renew those H-1Bs more frequently, Wagreich said.

But making sure that there’s work available for the visa holders “goes to the spirit of the H-1B,” said Ron Hira, a Howard University professor who has done research on the H-1B program.

“What USCIS seems to be asking is whether there is a bona fide job for the H-1B worker for the entire duration of the request,” he said in an email.

“That seems like a very reasonable, almost de minimis, ask,” he said. “After all, the employer is asking the government to intervene in the labor market to import a worker. Shouldn’t the employer be required to show that a job really exists?”

“I can’t tell whether this is just sort of a training issue on the part of the adjudicating officer” or “whether it’s a calculated decision,” said Minear, president-elect of the American Immigration Lawyers Association. But “it’s not just a one-off,” she said.

The agency, meanwhile, denies that there’s been any change in policy.

No official change in approach has come out since a July 2018 policy allowing USCIS adjudicators to deny applications without first issuing an RFE or notice of intent to deny, an agency spokesman said.

The requirement to show work assignments stems from a February 2018 policy on evidence needed to approve H-1B workers who will be sent to third-party client sites.

That new requirement has resulted in dramatically increased H-1B denials for information technology staffing companies, some of which have seen approval rates drop to 60%. But tech companies such as Microsoft and Google still have near 100% approval rates.

Wagreich said he suspected early on that USCIS officers would apply the policy’s requirements outside of the staffing context because of the agency’s track record. “You always see examiners starting to apply them in situations where they’re not applicable,” he said.

Immigration attorneys have been responding to the RFEs by saying the documentation the USCIS is seeking simply doesn’t apply to in-house employment.

Not only does the work assignment requirement come from a policy pertaining specifically to staffing companies, but the requirement itself goes against the H-1B regulations, Wagreich said. Those regulations contemplate periods when there may not be work by requiring employers to pay H-1B workers during that time, he said.

The regulations also give the Labor Department, not the USCIS, the authority to enforce that requirement, he said.

Good Use or Bad Use

The line shouldn’t be drawn between staffing companies and other companies when it comes to the H-1B program, Hira said. The focus should be on good use or bad use of the program, not “good actors” and “bad actors,” he said.

“Is staffing bad in and of itself? I don’t think so,” Hira said. It’s only when staffing companies use the H-1B program as a source of cheap labor that problems arise, he said.

In fact, Microsoft, Google, and other big tech companies have “gotten kind of a free pass in all the discussion,” Hira said. Not only do those companies contract with staffing companies that rely on H-1B labor, he said, but they’ve been able to take advantage of H-1B workers’ lack of job mobility, especially those workers who are stuck on H-1B visas for many years because of the green card backlog.

“I don’t know where you draw that line” for H-1B enforcement, he said.