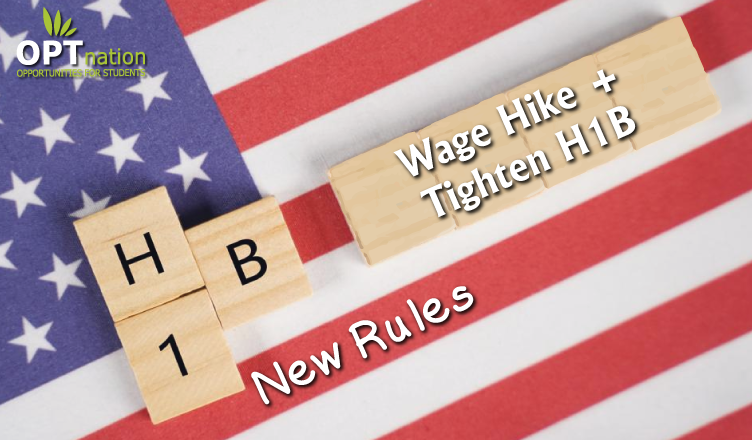 The rules of the H-1B visas are changing drastically. First, there was news about the limit on the number of H-1B visas that will be issued to skilled workers from abroad.

And now, the newest developments have been revealed. The new rules came into effect from October, wherein, the wage levels have been hiked by as much as 47%.

An increase in wages in some areas is as high as 47 percent and according to the National Foundation for American Policy (NFAP), the wages for computer-related occupations increased by 45 percent on average.

The DOL had announced new wages for highly skilled immigrants such as the H-1B, H-1B1 (nationals of Chile and Singapore), E-3 (Australian citizens), and green card applicants across the four levels, entry-level to experienced professionals On October 6.

The increase in wages has been done to make it difficult for companies to hire H1B visa holders and turn them to hire their employees locally. Hiking the wages would imply that the profit margins of employers are reduced.

In an email response to Moneycontrol, Greg Siskind, founding partner, Siskind Susser, PC, an immigration law firm in Memphis, said: “We are still assembling the plaintiffs group. It will be diverse and should include employers, employees and organizations/associations. We’re on the fast track here and are hoping to file the case in the next couple of days or weeks.”

Aimed primarily at protecting American jobs by curbing the number of skilled professionals in technology sectors, the rule also applies to medical professionals.

These wage levels are calculated based on Occupational Employment Statistics (OES) data, based on role, geography and experience. The increase in wages, experts pointed out, was quite significant.

Let us look at the salary before and after the implementation of wage rules in Texas.

This shows that the wages have increased by 47 percent on average across levels for this particular occupation in Texas.

Moneycontrol also checked two more regions in California for the role of Computer programmers, and wages have seen an increase of close to 40 percent across the four levels there.

As per a report by HDFC securities, the median salary of Indian H-1B visa holders is $90,730 per year. An increase of close to 40% in the wages of computer programmers has been noted in two more regions in California.

As per reports, the US immigration attorneys have already filed a lawsuit against the Department of Labour against this wage hike.

The US decision came on October 8, via a Department of Labor (DoL) Interim Final Rule (IFR) that mandated that minimum wages to be paid to H-1B workers be higher by 40% on average.

Experts have said that any new rule is supposed to go through reviews and public feedback before being implemented, which hasn’t been done and makes the rule open to any challenges.

Lawsuits against the rule may, however, save India’s IT industry a big headache.

The aim of the wage increase is to make it tough for companies to hire H-1B workers and instead encourage local hiring. Along with the wage hikes, the Trump administration had also announced a new rule that would make it harder to qualify for an H-1B visa.