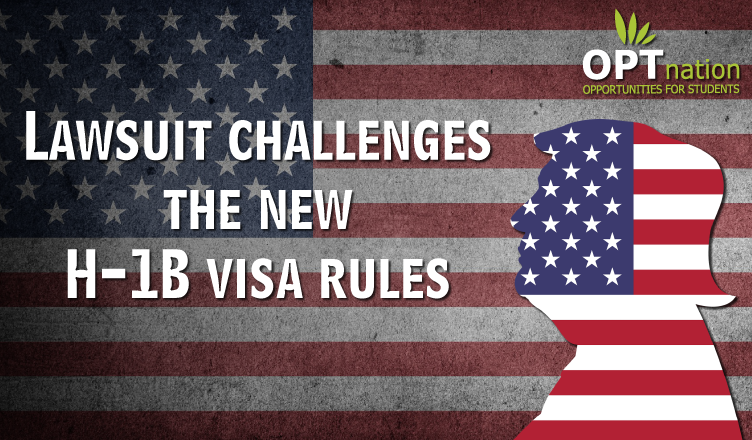 Seventeen individuals and organisations, including universities, healthcare firms and businesses, have filed a lawsuit against the US Department of Labor challenging its recent Interim Final Rule on wages related to H1B visas.

The H1B visa is a non-immigrant visa that allows US companies to employ foreign workers in speciality occupations that require theoretical or technical expertise. It is most sought-after among Indian IT professionals.

The lawsuit filed by the US Chamber of Commerce and other players has asked for the two H1B visa new rules to be set aside, saying they “were unlawfully issued without notice and comment and are arbitrary, capricious, or otherwise not in accordance with law”.

This is not the first lawsuit against the administration; but the third. This third lawsuit has been filed by the US Chamber of Commerce and other players, such as the National Association of Manufacturers, the Bay Area Council and universities like Cornell University.

The plaintiffs also wanted the court to block the implementation of these rules by the DHS and DOL till the litigation was complete.

The lawsuit could help Indian IT and tech firms, which have a significant concentration of H-1B employees, and the substantial increase would bite into their margins.

The American Immigration Lawyers Association (AILA), which filed the second lawsuit along with others, said in a joint statement, “The poorly-drafted, improperly-issued (wage hike) rule did not comply with the procedural rules for rule-making and is substantively arbitrary, incorrect, and irrational.”

“The increase to the prevailing wages will manifestly not benefit US economic growth or any workers; study after study has shown that H-1B visa holders create American jobs,” Jesse Bless, director of federal litigation at the American Immigration Lawyers Association (AILA), claimed.

“Frankly, the last thing we need during a (COVID-19) pandemic and economic turmoil is a rule based on a false and incorrect understanding of the market and American workforce. This will impede our economic recovery, not enhance it,” Bless said.

The regulation, he said, has caused immediate and unnecessary harm in every corner of the economy, including academic institutions, non-profits, hospitals, start-ups and small businesses.

Early this month, the Department of Labor published a rule to appropriately identify wage levels for H-1B holders and other foreign labour programmes, which according to the White House will improve the quality of H-1B workers and better reflect wages paid to similarly employed workers in the US.

The rule will limit an employer’s ability to replace workers with cheap foreign labour and help ensure wages are not suppressed by the presence of low-cost foreign workers, the White House argued.

Jeff Joseph, Senior Partner of Joseph and Hall, in a statement alleged that dealing with the Department of Labor often feels like “The Hunger Games”.

“Everyone is required to play the game, but no one knows the rules and the rules are constantly changing. This is not a game. The fact that the rule was made effective without thinking about the destructive impact it would have on industries and the economy illustrates how out of touch this administration is regarding the symbiotic relationship between legal immigration and the economy,” he said.

The days when the federal government blatantly ignores the law in its rule-making are over, said Charles Kuck, managing partner of Kuck Baxter Immigration.

US universities, employers, and healthcare systems can no longer stand by and watch while the US immigration system is dismantled by a nativist administration and in contravention of federal law, he said.

Aside from the blatantly unlawful way, the Department of Labor dropped this rule on the economy, its basic premise is also wholly incorrect, alleged Greg Siskind, founding partner of Siskind Susser.

“The workers impacted are in occupations with extraordinarily low unemployment. And as we show in the complaint, these outstanding immigrants are doing critical work benefiting everyday Americans, whether it is providing critical research to cure disease, making our country globally competitive, providing medical and dental care to rural Americans, or caring for our country’s senior citizens,” he said.

How To Hire Good Employees? | Finding The Right Talent

Wage levels of H-1B visa holders have been hiked by as much as 47% for some H-1B and green card applicants in some regions by the Department of Labor (DOL).

These rules were introduced on October 6. The wage hikes came into effect on October 8 and the DHS regulation will kick in 60 days later and is currently open for commentary. The aim of the wage increase is to make it tough for companies to hire H-1B workers and to encourage local hiring.

The increase in wages has been done so as to make it difficult for companies to hire H1B visa holders and turn them to hire their employees locally. Hiking the wages would imply that the profit margins of employers are reduced.

These regulations will have a significant impact on large Indian IT firms and are likely to affect their margins despite their localisation strategy. More than 60 percent of the workforce of most of these firms in the US is local.

The second rule was to tighten the rules and put a sharp limit on the number of H-1B visas to be handed out to the employees so that there would be a preference to local hiring. As per the rules, the estimates of the Department of Homeland Security (DHS) have suggested that about one-third of the applicants should be denied the visa.