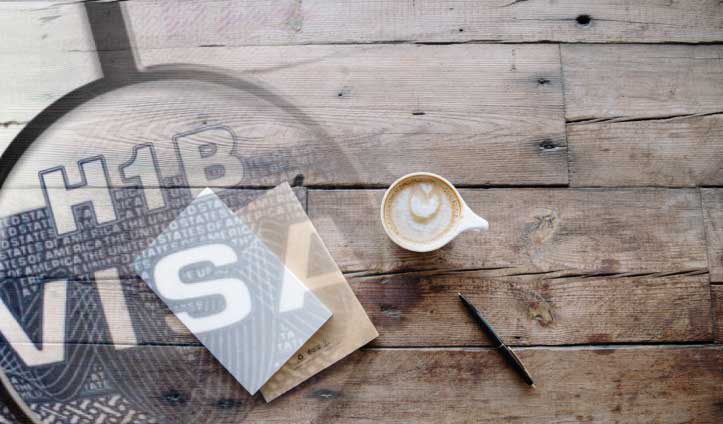 Our readers and clients who have been involved in the H-1B program over the last couple of years (and especially those participating in the H-1B cap filing season) must have experienced or at least heard about the Wage Level I requests for evidence (RFE) which have been and continue to be issued by USCIS.   Our office has received numerous such RFEs and we have been working with clients and with the broader immigration attorney community to formulate a strong strategy for responding to this kind of an RFE.

Background of the Wage Level I RFE

The first time Wage Level I RFEs were reported were in early June 2017 and targeted H-1B petitions filed in April 2017 under the annual H-1B cap.     Initially, most of the RFEs were issued by the Vermont Service Center although it appears that California is also catching up and issuing their own version of this RFE.   The Wage Level I RFEs seem to raise some kind of variation of the arguments that:

1) The duties described in the petition appear to go beyond entry-level position and, as a result, the LCA with its Wage Level I salary does not appear to match the position;  and/or

(2) A position described in Wage Level 1 LCA is not specialty occupation because it is entry-level position where a bachelor’s degree is not normally required for entry into the occupation.

The motivation and legal justification behind this RFE is also unclear, but it is very possible that USCIS is relying on (1) the March 31, 2017 policy memorandum “Rescission of the December 22, 2000 ‘Guidance memo on H-1B computer related positions’” which seeks to clarify that not all computer positions are presumed to require a bachelor’s degree for entry into the occupation and which also touches upon the wage level structure as a way of addressing the seniority of a position and (2) the April 18, 2017 Executive Order “Buy American and Hire American” to seek to “strengthen” the H-1B program.

What Kind of H-1B Petitions Are Most Likely to Get the Wage Level I RFE?

It appears that most, if not all, H-1B petitions filed on or after April 2017 where the petition is supported by an Labor Condition Application (“LCA”) where the prevailing wage is set to exceed Wage Level I are getting this RFE.     It appears that the Wage Level I RFEs mostly affect H-1B cap cases filed in early April 2017 but we have seen RFEs for extensions or amendments.  Initially, most of the RFEs started coming from the Vermont Service Center but the California Service Center has promptly caught up.    There are not so many RFEs being issued by the Nebraska Service Center since they process H-1B extensions (which are more likely to be for higher-level positions with non-Wage Level I salaries).

The Wage Level I RFEs target both in-house and third-party worksite location placements.

Our office has been working on fine-tuning our strategy to handle this kind of RFE responses over the past two years and we believe we have found a formula of arguments and documents which appears to work well.

Below are some arguments and documents which may be helpful to defend a Wage Level I RFE.    Stating the obvious, the suitability of these points and argument depend on each individual case and should be altered and adjusted to fit each case’s particular details.

USCIS Misinterprets the Wage Level Rules.   One of the key legal arguments is to carefully analyze the Department of Labor (“DOL”) Wage Guidance which essentially states that all positions start with Wage Level I for entry-level positions and that a position which normally requires a bachelor’s degree (attorneys, doctors, and architects are some clear examples, but there are many more) will have, by definition, an entry-level Wage Level I and just because an employer has hired an entry-level professional at a salary consistent with Wage Level I does not mean that the position does not normally require a bachelor’s degree.      Similarly, the legal argument can be made that the laws do not require experience to qualify for a specialty occupation and the Wage Level determination is only intended to determine the prevailing wage (which is DOL’s jurisdiction) and has little, if anything, to do with the specialty occupation determination by USCIS.

USCIS Should Not Make Wage Determinations.    DOL has the regulatory authority to determine the appropriate wage levels, while USCIS has to determine if the position is specialty occupation.   So a carefully-crafted legal argument can suggest that USCIS is overstepping its authority when they focus exclusively on the wage level determination in their specialty occupation analysis.

Detailed Position Analysis + Employer “Expert” Letter.    In the Wage Level I RFEs USCIS invites petitioners to submit a letter or other evidence to explain how the position is entry-level and corresponds to the included Wage Level I LCA.    We have been working with petitioners to draft a very detailed and thorough letter, usually drafted by individual at the petitioner who has intimate knowledge of the industry and hiring practices.   This kind of letter allows an “expert” to attest that the offered position is, in fact, entry-level and that it involves lower level tasks which are done based on parameters and under the supervision of other petitioner personnel.

Third-Party Expert Opinion. An additional piece of evidence may be an opinion from an evaluation agency subject matter expert.  This expert opinion (from someone who is expert in the relevant field – usually an university professor) letter makes the case that the position’s duties are considered to be entry-level by analyzing available petitioner-provided information.   However, we are aware that some of these letters have been given lower weight (see our article) mainly due to the fact that this third-party university professor is not familiar with the petitioner, the position and other relevant case specifics.  As a result, while it may be helpful to include this kind of letter, we would not suggest that this letter is required,  especially if it is possible to draft a good internal “expert” letter (noted above).  The costs charged by agencies providing this third-party opinion letter is generally between $500 and $2,000.

Prior Hiring History.    It may be helpful to include evidence of prior hiring history by the Petitioner as an indication that when the petitioner hires for the same (or similar) entry-level position they would normally require a bachelor’s degree and would offer a similar (consistent with Wage Level I) salary.

Higher-Level Position Comparison.    Together with an organization chart, it may be helpful to compile listings and details of higher-level positions in an effort to contrast the entry-level nature of the sponsored position to a higher-level (in terms of responsibility and salary) position at the petitioner.

Third-party Worksite Placements.   The Wage Level I RFEs are not restricted to third-party worksite placement H-1Bs; however, in third-party placement RFEs, the government is looking for evidence as to how the beneficiary will be supervised and guided by the employer when the work is to be done 0utside of the employer’s office.   Detailed organizational charts and documents from the end client (and other parties in the contractual chain) are helpful to establish not only the facts of the placement but to confirm that the position is an entry-level based on the duties to be performed and that the work will be guided and supervised by the petitioner.