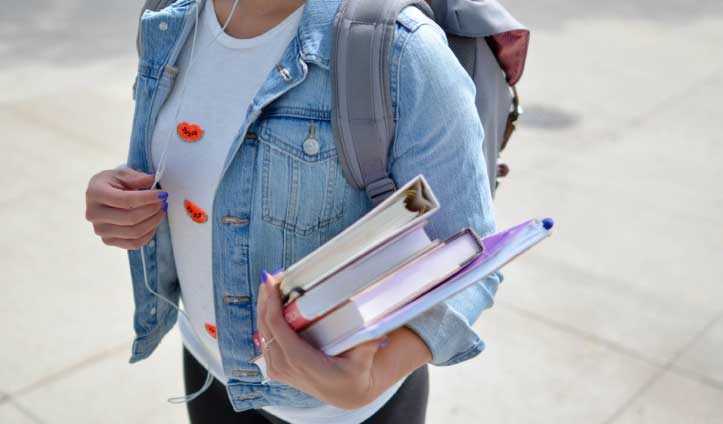 DHS promulgated the F-1 STEM optional practical training (OPT) benefit, with the publication of the “24-month STEM OPT Rule” that became effective on May 10, 2016. See 81 FR 13039. This rule has been the subject of contentious litigation.  The Washington Alliance of Technology Workers (WashTech) filed suit against both the 24-month STEM OPT rule and the standard 12-month post-completion OPT rule in the U.S. District Court for the District of Columbia. A summary of the progress of the litigation is available on this page on NAFSA’s website.

On July 1, 2019, the federal district court in DC in Washington Alliance of Technology Workers v. DHS issued an important decision holding that the 12-month Optional Practical Training program regulation finalized in 1992 had been reopened by the 24-month STEM OPT Rule, which raises the issue of whether DHS has authority to administer a practical training program after an F-1 student completes the underlying degree. The court found that the 24-month STEM OPT rulemaking also had the legal effect of reopening the legacy INS 12-month post-completion OPT regulation that had been finalized in 1992. This means that the court no longer considers a challenge to DHS’s statutory authority to implement standard post-completion OPT to be outside the statute of limitations, and that the WashTech plaintiffs can challenge DHS’s underlying statutory authority to establish not only STEM OPT but standard post-completion OPT as well. There will be briefing and an ultimate court decision on whether DHS has authority to administer both the 12-month OPT and STEM OPT extension programs.

In the same July 1, 2019 decision, the federal district court further held  that organizations seeking to be intervenors had standing to do so, despite opposition by both plaintiffs WashTech and defendant DHS. This means that the Information Technology Industry Council (ITI), National Association of Manufacturers (NAM), and US Chamber of Commerce will be carrying the important load of making the key arguments defending DHS’s authority, which is made most critical because it is not clear that DHS under the Trump administration, presently beholden to Buy American Hire American,  will zealously argue and defend its own authority.

If WashTech prevails, and OPT is eliminated, the result would be catastrophic.  After foreign students graduate from a US school, they can apply for one year of OPT. Those who graduate in STEM fields can pursue an additional 24 months of OPT.  The lawsuit claims that DHS has no authority under the Immigration and Nationality Act to issue employment authorization to foreign students. The ability to pursue practical training following graduation is one of the main attractions for foreign students seeking to study in the US.

Although the DHS formally opposes WashTech, there are forces in the administration that would probably want the plaintiffs to prevail. Hence, the role of the intervenor organizations is crucial to ensure that OPT remains available for foreign students. Otherwise, foreign students would have to immediately leave the US upon graduation. A victory for the plaintiffs here would virtually eliminate the ability for foreign graduates to easily seek employment, which they can now do during the OPT period, and then apply for H-1B visas and other employment-based immigration options.

The provision pertaining to F-1 students at INA 101(a)(15)(F)(i) is admittedly ambiguous. It prescribes the eligibility criterion for a student to enter the United States, but does not indicate what a student may do after they have completed the educational program. For over 50 years, the government has allowed students to engage in practical training after the completion of their studies, which Congress has never altered.  Thus, a court should be more inclined to give deference to the Administration’s interpretation of INA 101(a)(15)(F)(i).  DHS is entitled to deference under Chevron USA, Inc. v. Natural Resources Defense Council, Inc. 467 U.S. 837 (1984). Under the oft quoted Chevron doctrine, courts will pay deference to the regulatory interpretation of the agency charged with executing the laws of the United States when there is ambiguity in the statute. The courts will step in only when the agency’s interpretation is irrational or in error. The Chevron doctrine has two parts: Step 1 requires an examination of whether Congress has directly spoken to the precise question at issue. If Congress had clearly spoken, then that is the end of the matter and the agency and the court must give effect to the unambiguous intent of the statute. Step 2 applies when Congress has not clearly spoken, then the agency’s interpretation is given deference if it is based on a permissible construction of the statute, and the court will defer to this interpretation even if it does not agree with it. Similarly, the Supreme Court in Nat’l Cable & Telecomm. Ass’n v. Brand X Internet Servs., 545 U.S. 967 (2005), while affirming Chevron, held that if there is an ambiguous statute requiring agency deference under Chevron Step 2, the agency’s interpretation will also trump a judicial decision interpreting the same statute.

The court in the WashTech litigation ought to uphold the ability of DHS to grant OPT to foreign students under Step 2 of the Chevron analysis. The DHS’s interpretation of INA 101(a)(15)(F)(i) should be given deference. Even if there is a judicial decision interpreting 101(a)(15)(F)(i) differently, the DHS’s interpretation ought to prevail under Brand X. In addition to Chevron deference, there is yet another doctrine that can uphold OPT. In Lorillard v. Pons, 434 U.S. 575, 580 (1978), the Supreme Court held that Congress is presumed to be aware of an administrative interpretation of a statute and to adopt that interpretation when it reenacts its statutes without change. Practical training has existed even prior to 1952, and since the enactment of the INA in 1952, and during the overhaul in 1990, Congress and has not enacted any provision that would eliminate student practical training. There are old Board of Immigration Appeals decisions recognizing practical training such as Matter of T-, 1 I&N Dec. 682 (BIA 1958), which noted that the “length of authorized practical training should be reasonably proportionate to the period of formal study in the subject which has been completed by the student” and only in “unusual circumstances” would “practical training…be authorized before the beginning of or during a period of formal study.”

There are many good arguments that can be made to preserve OPT in the WashTech litigation. In addition to the legal arguments addressed above, imagine the damage that would befall US schools if they were not able to attract foreign students. US schools would suffer both financially and in terms of reputation to academic institutions in other countries. Those who come to the US to study also understand America more deeply, and would be able to promote American values when they return and assume important positions in their own countries. Hence, every effort should be made to uphold OPT that has been an integral part of the US immigration system for over 50 years. One effective way to do this is for employers, business organizations, foreign student associations, think tanks, bar associations and other interested organizations to file amicus briefs in the court case. Outside the courtroom, there is also need to convince the American people about the benefits that foreign students bring to the US, and that the elimination of OPT will encourage foreign students to pursue their newly acquired skills in other countries that will compete against America. The OPT program ought not to be viewed as a source for cheap labor, as some critics contend, as the program is temporary and allows a foreign student educated in the US to gain meaningful experience, and preventing that would harm the US economy. Another study states that the OPT allows employers to hire STEM graduates who are in short supply, and provides a bridge for students with badly needed skills to ultimately secure a chance under the H-1B visa lottery.    In the unlikely event that the courts agree with the plaintiffs, Congress would need to step in to enact provisions in the INA that uphold the OPT programs for foreign students as presently enshrined in the regulations. There is too much at stake for America to allow OPT to die just like that.