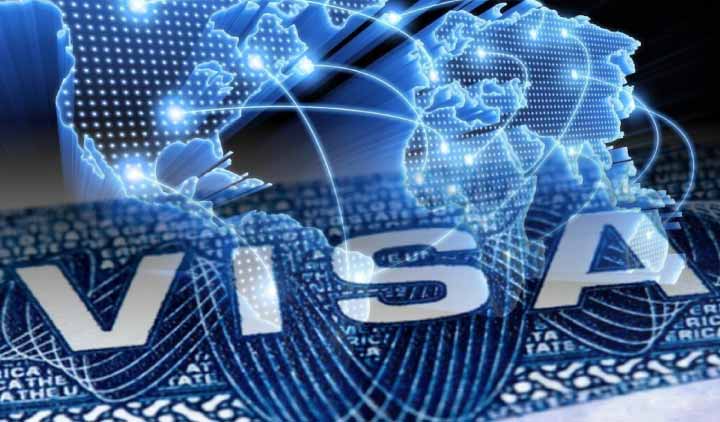 Forty-two-year-old Saurav Mazumdar’s two-week vacation has turned into a nightmare, and how!

Mazumdar, his wife Ishita Menon and their two American born children can’t return to their home in Washington, thanks to heaps of paperwork and pillar-to-post running to renew his H1B visa because of a broken legal immigration system,reports Washington Post.

“I guess we were naive enough to think this couldn’t happen to us,” Mazumdar’s wife, Ishita Menon, 41, who holds a PhD from Georgetown University, told the paper.

The couple has applied for green cards eight years ago. Having all their paperwork in place, they should have gotten the green signal to become legal American citizens.

However, there’s a major backlog of highly educated and skilled people from India seeking green cards and their wait could be anywhere from 75 to 115 years.

This could have eased as in July this year, the Democratic-controlled House passed the Fairness for High-Skilled Immigrants Act, which should have helped Indians in particular. The Republican-controlled Senate, however, is wasting time over the Act with its own version.

So, with their green card applications hanging fire, Mazumdar has been left to endure the worst.

The moment he landed in India this July, Mazumdar dropped off his passport and paperwork at the US embassy in Delhi, something that he has been doing for the past two decades. The family had their vacation, and everything seemed on track till he received an email after eight days, saying his passport was ready. Nothing unusual here.

However, when Mazumdar went to pick it up, the passport didn’t have a stamp. He was instead given a letter asking him to appear for an interview. He went in the next day, had a straightforward interview, got his fingerprints done and received a document informing him that everything was being held up.

The family of four had to cancel their return tickets to Washington scheduled for August to hire an immigration lawyer.  But to little avail. The State Department keeps returning Mazumdar’s emails with a warning that “before making inquiries about the status of administrative processing, applicants should wait at least 180 days from the date of interview or submission of supplemental documents, whichever is later.” That’s six months of missed school and work.

It was a fate that should not have befallen Mazumdar and Ishita, who landed in the US 19 years ago for their masters. With data engineering and artificial intelligence turning red hot in the United States, Mazumdar even got job offers at the highest levels.

Since then, the duo have been faithful in keeping up with all their paperwork. Be it Mazumdar’s H1B visa, designed for skilled workers, or Ishita’s H4 visa, the spousal companion to an H1B.

As per rules, he has to return to India every three years to have his passport restamped and get the visa renewed. An added payoff is that the kids get to see their grandparents and their extended family during each of these visits before they return to their lives in Washington.

But this time is different. There’s no guarantee that even after 180 days, this family will be able to return home to America.