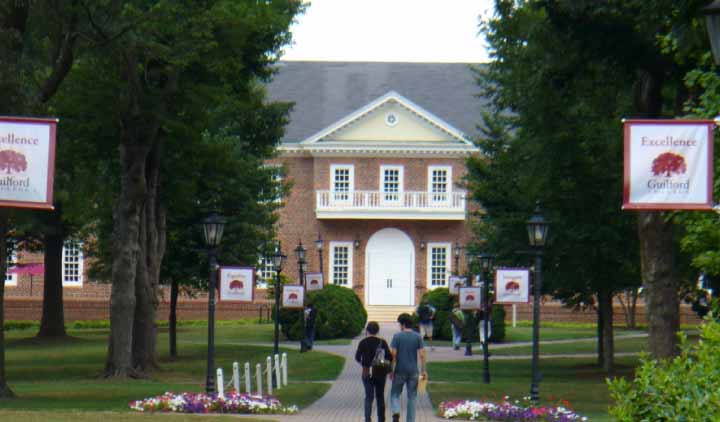 Cottey College, a women’s college in Nevada, Mo., accepted six students from Ethiopia this year, and officials were disappointed when two of them were denied visas. They were puzzled by the reason: The students, the State Department said, did not have strong enough ties to their home country and might not return.

“At the age of 17 or 18?” Megan Corrigan, international education coordinator for the college, said on Wednesday.

Unexpected denials and long delays have become increasingly common for international students and scholars seeking visas, raising concerns among college officials who see a threat to the diversity and enrichment of their campuses, and causing anxiety for students who may have spent years preparing to study in the United States — only to have their hopes dashed.

The latest example to stun educators and students was on Friday, when a Palestinian student, Ismail Ajjawi, was denied entry to the United States. Mr. Ajjawi, who lives in Tyre, Lebanon, was turned back from the airport in Boston after, he said, a Customs and Border Protection agent demanded to see his phone and objected to the social media activity of his friends. He had been set to start his freshman year at Harvard.

University officials say the number of visas going through extended security checks has spiked under the Trump administration. The government has cracked down on international students who overstay their visas, issuing harsher penalties on violators. Processing fees for student and scholar visas have risen sharply. And slowdowns in processing applications from international students and scholars for internships and jobs have limited career opportunities.

Asked about the visa delays, a spokesman for the State Department said on Wednesday that international students were a priority, and that the government was “committed to providing the highest quality service to legitimate travelers.”

If there was increased vetting, it was because “national security is our top priority when adjudicating visa applications,” the spokesman said.

The visa denials to the Ethiopian students at Cottey College were especially frustrating to college officials because the school had made a strong commitment to recruiting international students and was offering generous scholarships. “We had invested in getting them here, and they were so excited about the opportunity,” Ms. Corrigan said. “And now they can’t come.”

Applications are facing bottlenecks at many points along the way, according to school officials, from the consular office in the student’s home country to border protection and immigration officers.

One university official, who asked not to be named because of the political sensitivity of the visa issue, said that five or six years ago the institution saw 10 to 12 cases of student and scholar visa delays a year. Last year, the official said, there were more than 160 cases, many of them for people who were put into what the government calls administrative processing, essentially a heightened security check.

Administrative processing delays often affect Chinese and Indian students, if only, officials said, because they account for a large proportion of international students in the United States. Many of them are involved in science, engineering and technology fields, and the government has made plain its concerns about industrial espionage.

The time for administrative processing was extended in February to 180 days from 60, according to the State Department. For students admitted in March, that means it can be difficult to get a visa in time to enroll in September, Dr. Gadsden said.

“They feel they need more time to review these cases, but it has the effect of sending a message to students that the U.S. is not as welcoming as it once was,” she added.

She described “heartbreaking” messages she received last week from eight students from China, who were facing extended processing time.

“We have done everything for starting school — purchasing flight tickets, renting an apartment and previewing the latest courses,” they wrote. “We have no idea how to deal with the current dilemma. Please help.”

More than a million international students are studying in the United States. While the overall number of student visas issued by the State Department has declined sharply in recent years, the number of Chinese students studying in America has quadrupled in the past decade, to a high of over 360,000 last year, more than the next seven countries combined, according to the State Department. Still, university officials said it has been hard to identify any one group of students that is subject to more scrutiny of its visa applications than others.

The students come from “all over — Pakistan, New Zealand, Nepal, Kazakhstan, Cyprus, Brazil, Zimbabwe, Vietnam, Sudan,” she said. Many of them are attracted by the college’s reputation for fostering research.

This year, a Palestinian student was put through the extra administrative processing for a visa, and was unable to enroll in the fall semester, as planned. The student is waiting at home, hoping to be allowed into the country for the spring semester.

International students are attracted to Wooster for the same reason as American students, Ms. Anderson said: “You’re in the middle of Ohio. It’s a really safe community. There’s greenery all around. Amish, a really nice quaint place.”