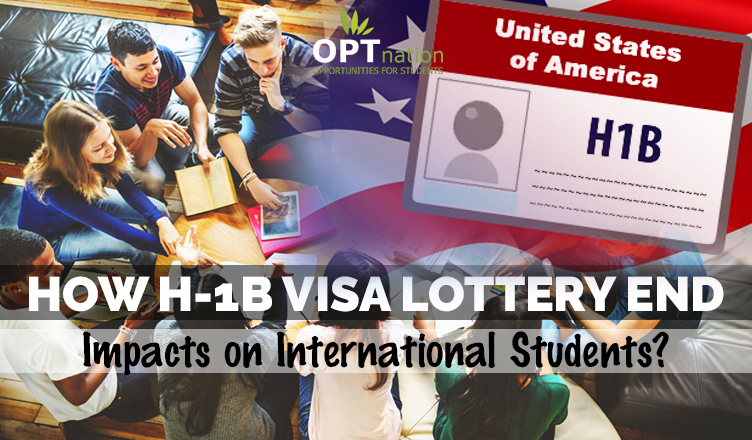 A Trump administration regulation that would end the H-1B lottery would make it more difficult for international students to obtain an H-1B petition and work in the United States, as confirmed by new research. While implementation of the Trump rule has been delayed, observers believe the Biden administration may favour the rule. The battle over the regulation could determine whether U.S. universities will recover from the students lost during the Trump years and as a result of Covid-19. “In calendar year 2020, U.S. schools saw a 72% decrease in new international student enrolment when compared to calendar year 2019,” according to Immigration and Customs Enforcement (ICE).

The Trump administration rule, published a few weeks before Donald Trump left office, would replace the H-1B lottery, which distributes H-1B petitions by random selection when U.S. Citizenship and Immigration Services (USCIS) receives more H-1B registrations than the 85,000-annual limit allows. In its place, the new rule would direct USCIS to select H-1B petitions from highest to lowest salary level under the Department of Labor’s wage system, starting with individuals paid at Level 4 wages, typically the most experienced workers, and then selecting applicants at Level 3, Level 2 and Level 1 (entry level).

International students are disadvantaged under the rule because choosing H-1B petitions by salary level favors individuals with the most experience in the labor market over those with the least experience.

“The law firm Curran, Berger & Kludt provided NFAP with 170 cases of F-1 students with applications for H-1B cap selection for FY 2018, FY 2019, FY 2020 and FY 2021,” according to NFAP. “Under the current system that randomly selects H-1B petitions, 60% of the F-1 students were chosen through the H-1B lottery. However, the law firm provided information on the pay levels (Level 1 through 4) for the students’ H-1B applications, and NFAP found if the new regulation had been in effect, only 39% of the students’ H-1B petitions would have been selected.”

International Students Risk Unemployment Due to Extensive Delays by US Agencies

It is natural that international students, who have little experience in the labor market, would be paid at Level 1 or Level 2. “Among the firm’s cases for the four cap years examined (FY 2018 to FY 2021), 53% of international students were paid at level 1 and 37% were paid at Level 2 (i.e., 90% combined),” according to the NFAP analysis. “As noted, DHS states in the rule that under its simulation no one at Level 1 would receive an H-1B petition and only about half the individuals paid at Level 2 wages would be selected for an H-1B petition.”

NFAP found a remarkable aspect of the rule that illustrates its impact was not well studied. There are 11 occupations, including physicians, internists, pediatricians, dentists and computer and information systems managers, “for which the individuals paid Level 1 salaries would be unable to obtain an H-1B petition under the rule even though their Level 1 salaries are actually higher than the median salary for Level 3 for all occupations ($109,886).”

The Biden administration has pledged to “follow the science,” and, ironically, under the rule, it will be very difficult for microbiologists and medical scientists to gain H-1B petitions if the rule goes into effect. NFAP found, “More than half of the of the labor condition applications for those occupations in FY 2019 were for Level 1, and close to 90% were paid at Level 1 or Level 2.”

The U.S. Chamber of Commerce and allied business groups and education organizations have filed an amended complaint that argues the regulation to end the H-1B lottery is unlawful. “Many international students are taking a leap of faith in many cases to leave their homes and their families, and come to study or work in the United States with the hope of being able to get continued immigration status to follow their career plans,” said Dan Berger of Curran, Berger & Kludt in an interview.

The rule was the culmination of a series of Trump administration actions designed to discourage international students from coming to America and working in the United States after they arrived. It encompassed the same zero-sum view of economics and the labor market that drove most of the Trump administration’s immigration measures. It is up to the Biden administration to decide if it wants to continue this part of the Donald Trump-Stephen Miller immigration agenda against international students.

Education organizations warned at the time that the Trump administration’s rule would hurt international students and make studying in America less attractive. The latest research proves they were correct.