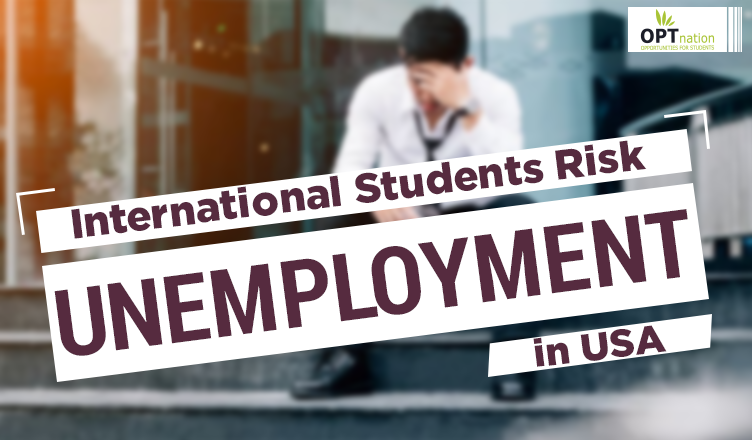 International students are facing extended delays in the processing of their Optional Practical Training (OPT) due to the COVID-19 pandemic. OPT is a temporary work permit that enables international students to extend their US visas by 12 to 36 months, Erudera.com reports.

A Chinese student named Peter has been waiting for his OPT application to be processed ever since he graduated in December 2020. Recently he has been notified that his application was received by the US Citizenship and Immigration Services (USCIS) about 116 days after mailing them to a US secure lockbox in Dallas. Now that USCIS got his paper, he has to wait for another eight months for admission.

“I don’t have income while I’m still paying the lease. I don’t have health insurance since I’m technically unemployed. My apartment had a power outage and ran out of hot water because of the massive snowstorm last week,” Peter said in an interview for VOA.

On February 16, Peter and other students filed a lawsuit against USCIS, which requires the agency “to open, process and adjudicate applications.”

Robert Cohen, the case’s principal attorney, said there might be “several thousand” international students who are affected by the OPT delays, which should have taken weeks, not months.

On January 8, USCIS released the first formal statement since October, acknowledging the deferrals and blaming them on “the COVID-19 Pandemic and other factors.”

Following up, USCIS released the second statement on February 16, giving applicants another 14 month OPT period to re-apply on rejected permits.

Candidates are advised to apply about 90 days before graduating by mailing their applications in one of the USCIS lockbox locations: Texas or Arizona. Only students that have applied for post-completion programs are facing delays problems.

10 Must-Have Apps for International Students in the U.S.

In November, Peter opened a WeChat community chat where Chinese students have shared their experiences with ongoing delays. Ever since then, over 600 have joined the chat.

Peter’s counterparts have shared their experiences regarding the matter. Zhang, a computer science graduate, had to ask her manager to push her work start date twice. Li, a STEM OPT candidate, has lost his job due to the delays, and Long, a graduate from Brown University, has declared that USCIS keeps returning automated messages to his emails.

USCIS primarily notified 45 days to four-months waiting time for OTPs, which on the latest statement issued on February 26 is upgraded to “three to eight months.”

“The agency recognizes the ongoing impact COVID-19 has had on nonimmigrant students and the noncitizen community as a whole, and USCIS appreciates the understanding it has received over the last year,” the agency said.

Diane Rish, associate director at the American Immigration Lawyers Association, stated that delays were caused by “an increase in filings” in general because of an anticipated fee increase, green card filings, and a processing date set on October 13 that encouraged another flow of admissions.

Long and Zhang, two counterparts experiencing the same situation, share their concerns about studying in the US.

“These delays affect our future confidence in studying in the US. We first saw that the US was welcoming to all the international students or immigrants from all kinds of backgrounds,” Long claimed.

Meanwhile, Zhang confessed that she was panicking that she might lose her job due to the delays that mainly occur for international students, as she represents one.

“I just want justice for the students,” Zhang said.

Due to political tension between the US and China, as well as travel restrictions imposed due to the COVID-19 pandemic, Chinese international students have experienced a significant decline in F-1 student visas.

How Can Universities Help International Students Feel at Home 2021