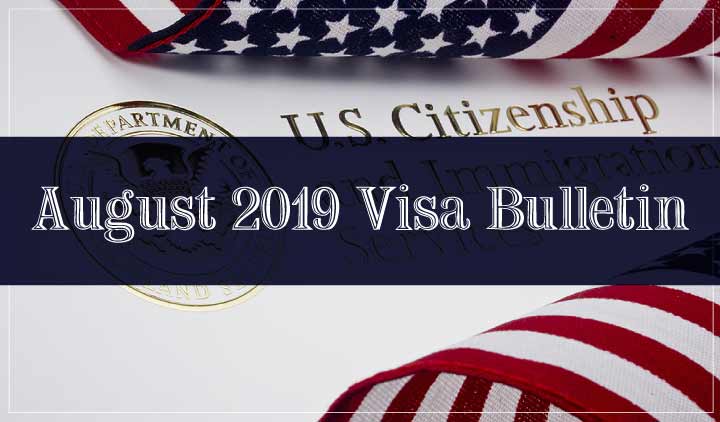 The August 2019 Visa Bulletin, released by the U.S. Department of State earlier this month, shows substantial retrogression affecting employment-based categories worldwide. The State Department expects the retrogression to be short-lived and anticipates that the final action dates should return to those listed in the July 2019 Visa Bulletin by the start of the fiscal year 2020 in October 2019.

Below is a summary of the three primary employment-based preference categories:

India will remain the same on January 1, 2015. All other countries, including China, will retrogress to July 1, 2016. That works out to be a retrogression of almost one year for China and almost two for the remaining countries.

EB-2. Members of the Professions Holding Advanced Degrees or Persons of Exceptional Ability

All countries, besides China and India, will retrogress by nearly two-and-a-half years to January 1, 2017. This marks a significant change as these countries had been current for a long stretch. The date for China will also move to January 1, 2017, marking an advancement of two months for the country. The date for India will also advance, but only by a little over a week, moving to May 2, 2009.