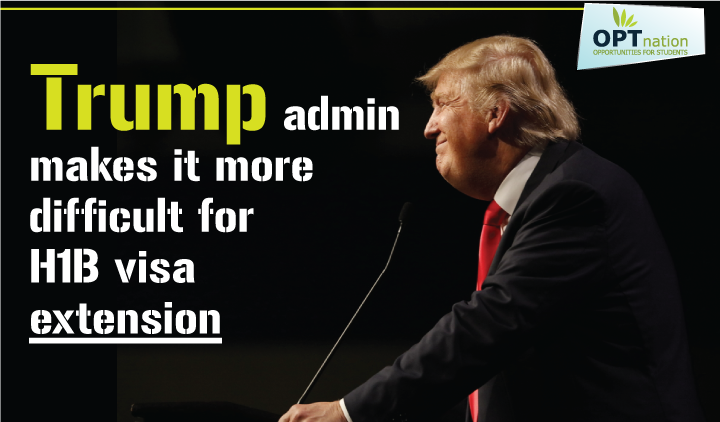 In a new directive, the Trump administration has made H1B Visa Extension more difficult and will be strict for the renewal of non-immigrant visas such as H1B and L1, popular among Indian IT professionals, saying that the burden of proof lies on the applicant even when an extension is sought.

Revoking its more than 13-year-old policy, the US Citizenship and Immigration Services (USCIS) said that the burden of proof in establishing eligibility is, at all times, on the petitioner.

USCIS said the previous memorandum of 23 April, 2004 appeared to place this burden on this federal agency. “This memorandum makes it clear that the burden of proof remains on the petitioner, even where an extension of non- immigrant status is sought,” USCIS said in its latest memorandum issued on 23 October.

Under the previous policy, if a person was once found to be eligible for a work visa initially, they would usually be considered for extension of their visa. Now during every extension, they need to prove to the federal authorities that they are still eligible for the visa they apply for.

William Stock, president of the American Immigration Lawyers Association, said that the change is being made retroactively to people already living in the country and not just to new visa applicants.

You may also like to read: H1B Visa Rejection Reasons

“In adjudicating petitions for immigration benefits, including non-immigrant petition extensions, adjudicators must, in all cases, thoroughly review the petition and supporting evidence to determine eligibility for the benefit sought. “The burden of proof in establishing eligibility is, at all times, on the petitioner,” the USCIS said.

The new policy is in line with the Trump administration’s goal to protect American workers from discrimination and replacement by foreign labour, NumberUSA website said. This new policy will make sure that only qualified H1B workers will be allowed to stay in the US and will help crackdown on visa fraud and abuse, it added.

According to a report by the US department of homeland security, the federal US agency that approves applications for the most sought-after H1B visas needs to improve upon its current site visit verification program so as to prevent fraud in the visa system. Hence, Tighter and stricter verification process recommended for  USCIS.