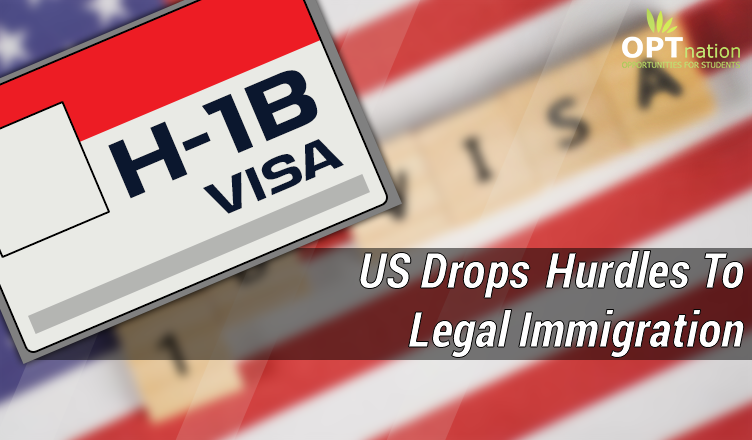 On Wednesday, the US Citizenship and Immigration Services (USCIS) issued a statement in which it stated that it was updating its policies regarding expedited processing of applications, changing the guidance around Requests for Evidence (RFEs) and Notices of Intent to Deny (NOIDs), and increasing the validity period for certain Employment Authorisation Documents (EADs).

The USCIS has announced a series of policy updates including:

Requests for Evidence and Notices of Intent to Deny before Denial

USCIS is issuing policy guidance in the USCIS Policy Manual to address the circumstances in which officers should issue Requests for Evidence (RFEs) and Notices of Intent to Deny (NOIDs).

The Joe Biden-led US administration has lifted a regulation that allowed immigration officers to reject visa applications (including H1B) instead of first issuing a notice of intent to deny to the applicants. This regulation was proposed by former US President Donald Trump And regulation is formally removed by US DHS.

The change in policy means that the applicants will now be given an opportunity to correct mistakes and unintentional omissions because of the step taken by USCIS and the Visa or extension applications will not be denied outright. Officers should issue Requests for Evidence (RFEs) and Notices of Intent to Deny (NOIDs).

In order to reduce barriers that may impede access to immigration benefits and ensure the agency is fairly and efficiently adjudicating immigration requests, USCIS is returning to the principles of the 2013 policy by issuing RFEs and NOIDs when additional evidence could demonstrate eligibility for an immigration benefit.

USCIS is updating policy guidance in the USCIS Policy Manual to increase the amount of time a grant of employment authorization is valid for applicants seeking adjustment of status under Section 245 of the Immigration and Nationality Act.

The USCIS also stated that for certain adjustment of status applicants, the current one-year validity period on both initial and renewal EADs will be extended to two years.

This is expected to reduce the number of requests for employment authorization received by USCIS, allowing them to reallocate limited resources to other priority areas.

Allowing Expedite Criteria based on Circumstances

USCIS is updating policy guidance in the USCIS Policy Manual regarding criteria that is used to determine whether a case warrants expedited treatment or not.

RFE? The Best Way to Beat an H-1B RFE is to Avoid an RFE

These policy updates by USCIS comes as a major relief to H1B visa seekers looking for more career opportunities.

The H-1B visa is mostly for Indian IT professionals. The United States issues 85,000 H-1B visas every year and thousands of employees from countries such as India and China are hired by technical companies.

This visa is more popular with IT firms and professionals. Other immigrant visas affected by Trump administration policy include L1, H-2B, J-1, J-2, I, F, and O.

”We are taking action to eliminate policies that fail to promote access to the legal immigration system and will continue to make improvements that help individuals navigate the path to citizenship, and that modernise our immigration system”, said Secretary of Homeland Security Alejandro N. Mayorkas.