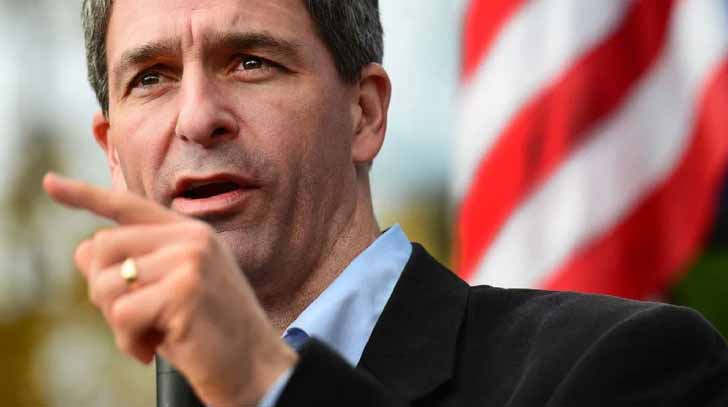 New government documents reveal the increase in denials and Requests for Evidence for H-1B petitions are part of an effort by USCIS to achieve desired results – fewer high-skilled foreign nationals working in America. The American Immigration Lawyers Association (AILA) made the documents public after settling a Freedom of Information Act (FOIA) lawsuit.

USCIS Leaves Out Supporting Legal Authority For Many Actions:

“What the documents do not say is more important than what they say,” Jonathan Wasden, a partner with Wasden Banias LLC, told me in an interview. “You see that the noncontroversial matters are all supported by citation to statute and regulation. However, their most controversial policies (overreaching into Department of Labor regulations, requiring guaranteed work assignments and the employer-employee rule) lack any such support.”

Wasden, who has filed lawsuits that focus on USCIS H-1B adjudications, reviewed the documents at my request. “It appears that the agency made dramatic changes to H-1B policy without grounding those changes in any law,” he said. “Attorneys have known this is happening in practice, but to see they don’t even attempt to create a facade of statutory support is shocking.”

In FY 2018 and FY 2019, H-1B denials for initial employment reached 50% or higher for several companies that provide information technology (IT) services to assist U.S. companies (among things) in transforming their digital platforms. That compares to denial rates of generally 4% or lower for the same firms as recently as FY 2015.

A source of litigation is the recent requirement that companies provide a “complete itinerary” of an H-1B employee’s work to prove a “valid employer-employee relationship will exist for the duration of the requested validity period,” a period that typically lasts three years. In the H-1B RFE Standards document, it states to satisfy adjudicators employers must provide, “A complete itinerary of services or engagements that specifies the dates of each service or engagement and the names and addresses of any end-client where the services will be performed for the requested employment period of time requested.”

As plaintiffs argued in a lawsuit, a February 2018 USCIS memo (and the instructions to adjudicators cited above) contradicts a 1998 law. Employers can place H-1B employees in a “nonproductive status” when there is “a lack of work,” according to the law. An employer only needs to keep paying the H-1B employee his or her full salary during such times. In contrast, USCIS insists employers show potentially years of signed contracts and specific work assignments.

However, employers cannot convince adjudicators a Request for Evidence is invalid and beyond the law, particularly since a USCIS document instructs adjudicators to request additional evidence and deny a case if employers do not provide the evidence. That is why the instructions USCIS issues to adjudicators are important.

Policies That May Harm All Types of Employers of H-1B Visa Holders: All types of employers should read the “Implementation of March 31, 2017 Memo, Rescission of the December 22, 2000 ‘Guidance memo on H-1B computer-related-positions’,” since its logic holds the potential to eliminate many positions from qualifying as a “specialty occupation.”

This previously-unreleased document discusses computer programmers and tells adjudicators that since the Department of Labor Occupational Outlook Handbook states that “. . . some employers hire workers with an associate’s degree . . . it suggests that entry level computer programmer positions do not necessarily require a bachelor’s degree and would not generally qualify as a position in a specialty occupation.” (Emphasis added.)

Jonathan Wasden believes that under the law and regulation if a degree is normal for U.S. workers in the position, then it qualifies as a specialty occupation. However, the USCIS document stands that on its head. USCIS argues that since the Department of Labor Occupational Outlook Handbook states there are individuals who may work in a particular position with an associate’s degree, then that would mean such a position does not necessarily require a bachelor’s degree – and, therefore, would not generally qualify as a specialty occupation.

Those who think this is not a major issue, since it appears to apply only to computer programmers, may want to read the document, which states in a heading: “Applicable to Many Occupations.” It then notes, “The Policy Memorandum is specific to the computer programmer occupation. However, this same analysis should be conducted for occupations where the Occupational Outlook Handbook does not specify that the minimum requirement for a particular position is normally a bachelor’s or higher degree in a specific specialty.” In the future, USCIS could cite this or additional sources as a way to exclude occupations from eligibility for H-1B petitions.

Redactions in Documents Undermine USCIS Transparency Claim: While the release of the documents is a positive development, USCIS redacted information that gives the impression the agency has something to hide.

One can identify redactions in the USCIS Policy Manual, Volume 2: Nonimmigrants and H-1B RFE Standards. “The redactions seem to cover up the agency’s real standards for adjudication of these cases,” said Wasden. For example, USCIS redacted summaries of the law in many places. “The agency’s position on a legal matter is something that would usually be produced in civil litigation and consequently the redaction is improper,” according to Wasden. “The agency redacts summaries of statutes for several pages at a time. Why are they refusing to disclose their interpretation of the law?”