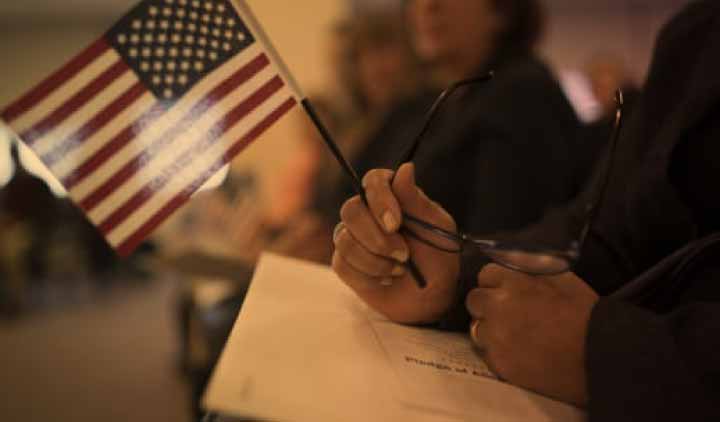 The U.S. Department of Homeland Security says a rule banning spouses of H1B workers on track for green cards from working could be published in the spring, at the earliest.

The latest hint of a publication date came in a U.S. Department of Justice memo Monday to a federal appeals court, which is hearing a challenge to the work authorization granted to H-1B spouses in 2015 under former President Barack Obama. Homeland Security has told lawyers in the case that the earliest possible publication date for the rule is spring 2020, but that this time-frame is “aspirational,” according to the memo.

Several previous pledges to publish the rule by specific dates have also proven aspirational: When Homeland Security in late 2017 first announced its plan to strip H-4 holders of the right to work, it set February 2018 as the publication date for the rule, but more delays have followed.

An estimated 100,000 foreign nationals, most of them women from India, would be affected by the work ban, University of Tennessee researchers have estimated. Many H-4 holders live and work in the Bay Area.

The H-4 visa has been drawn into the controversy over H1B visas, which are intended for jobs requiring specialized skills. Major Silicon Valley technology firms rely heavily on the H1B, and lobby for an expansion to the annual 85,000 cap on new visas, saying they need more visas to secure the world’s top talent. Critics point to reported abuses by outsourcing companies, and argue that outsources, and tech firms, use the H1B to supplant U.S. workers and drive down wages. The administration of President Donald Trump has taken aim at the H1B, and dramatically increased denials, especially for outsources.

The Department of Justice sent the latest memo to the clerk of the U.S. Court of Appeals in Washington, D.C. in connection with a lawsuit by former technology workers against Homeland Security. The workers claim they were replaced at utility Southern California Edison by H1B workers, and that H-4 holders compete against the tech workers in the job market, without statutory authority to work.

Homeland Security, according to the memo, wants oral arguments in that case to be put on hold as it brings the proposed work-ban rule to publication stage. Publication is expected to trigger a public-comment period.

Building your Career – Training and Assured Placement in USA