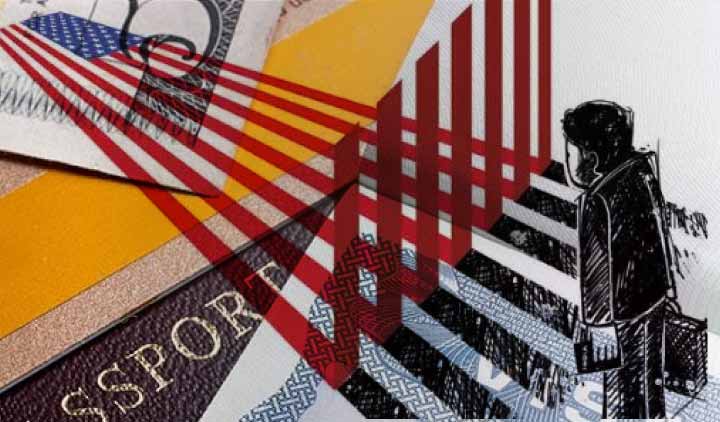 Samal, the ex-CEO of two IT staffing companies, was investigated for visa fraud by the Department of State and the Department of Homeland Security beginning in 2015. The evidence against his employment practices included emails, documents, and interviews with former and current employees and contractors. Samal fled the country during the investigation, and upon returning to the U.S. in 2018 he was arrested at an airport in Bellevue, Washington. Samal was charged with a multi-year visa-fraud that included a “bench-and-switch” scheme, exploitation of foreign national workers, and defrauding the U.S. government by submitting false and forged immigration application materials.

The fraud arose from petitions filed by Samal for close to 250 H-1B beneficiaries. The petitions stated that the foreign nationals would work at specific client sites and included forged documents from Samal’s clients (and some fictitious clients) supporting his assertions. The investigation showed that Samal was petitioning for employees he hoped to place with end clients, but he had no legitimate assignments for the beneficiaries when he filed the petitions. He was trying to eliminate “lag times” and gain a competitive advantage by having “H-1B beneficiaries” available for future assignments. Because he had no planned assignments for these foreign nationals, they often had to look for or wait for assignments after they arrived in the U.S. While they waited, Samal violated more immigration laws by not paying the foreign nationals – illegally “benching” them. Whether the foreign nationals eventually “found” work or not, they had to pay Samal a “partially-refundable ‘security deposit’ of as much as $5,000 for the visa filings” – yet another violation. Beyond the immigration violations, Samal also embezzled more than $1 million in withheld income that he never submitted to the government. Instead, he purchased luxury items and used the money for personal expenses.

What Options Does One Have If H1B Is Still Pending After October 1?

How to Renew Indian Passport in USA and Tatkal Process

Most IT consulting and staffing companies are engaged in legitimate immigration pursuits. For some time, USCIS has been focusing enforcement efforts on consulting companies that place their H-1B employees at client sites. This includes questioning whether computer programmers are performing in specialty occupations (and thus eligible for H-1B petitions) and demanding extensive documentation to prove that IT consultants are in bona fide employer-employee relationships with their H-1B petitioners.