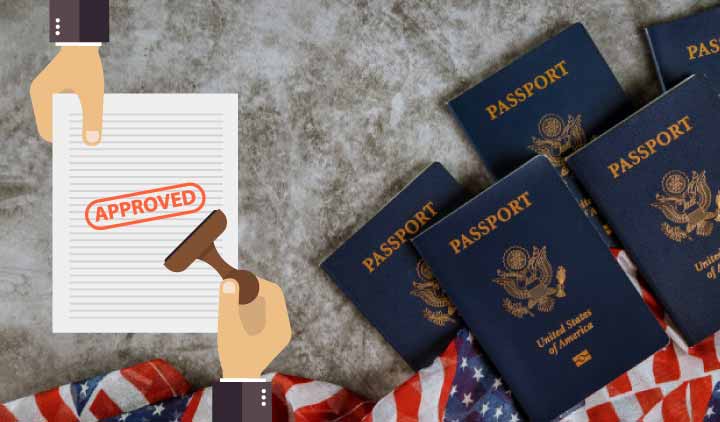 The H-1B visa program is polarizing. Some think major tech companies abuse it; but for years, it was hard to see the extent to which some of these firms leveraged workers on the visa. Now, thanks to a new data-set, we have a better idea of how some of the largest enterprise companies (specifically, IBM, Microsoft, and Oracle) fully utilize the H-1B program.

The data comes via a U.S. Department of Labor (DOL) data-set of H1B visa applications for FY 2019, which is so massive we’ll caution you against downloading it yourself (seriously, it will melt down your laptop). From there, we parsed the companies using the H-1B visa program as “secondary entities,” which is a designation given to companies that subcontract from other firms; the U.S. Department of Labor uses it to track where H-1B candidates actually end up working. Many tech companies source foreign talent via agencies; that’s why states such as Texas and California, where many of the biggest sourcing firms are based, have the heaviest H-1B visa activity.

Sometimes those sourcing firms are listed as primary employers, while the tech firms actually putting foreign employees to work are listed as the aforementioned “secondary entities.” Tech firms not only employ H-1B visa workers directly; they also subcontract them out in significant numbers. The Trump administration recently requested that consulting firms and contractors reveal far more about their subcontracting clients, so much of this data is new to the public.

(Specifically, the DOL’s Form ETA-9035 & 9035E (PDF) asks that employers cite whether workers “will be placed with a secondary entity at this place of employment.” If the answer is “yes,” the employer must provide the legal business name of the “secondary entity,” along with the wage rate it pays non-immigrant workers, and the prevailing wage rate. Those companies that contract workers out to many clients will need to fill out forms for each third-party work-site. In addition to H-1B applicants, the new form applies to those filing H1B1 and E-3 petitions.)

Indeed, tech firms can get creative in how they list their H-1B applicants. One example: smaller companies listed as having an office on these major firms’ campuses. We chose to exclude those small companies from this list, as it wasn’t clear if those smaller companies were simply placing their direct H-1B hire in that office, or if that visa-holder was actually subcontracting for the larger tech firm. In some instances, the small firm may actually be a shell corporation or offshoot of the big tech company.

Similarly, some H-1B hires are listed as “dual purpose.” IBM has several hires that are listed as working for the company proper as well as the “State of Washington” or various government agencies. IBM also narrowly places their H-1B hires in divisions like Watson or “cloud.” We included these candidates in our results below.

As you see, Microsoft is the biggest of the subcontracting bunch, with 545 H-1B visa applicants via sourcing firms. IBM ranks second with 388. Oracle is a distant third place, with 12 visa contractors.

CitizenPath co-founder Russ Leimer points out that the government has started requesting data showing H-1B hires have specialized skills, as well as proof the positions they were hired for cannot be staffed by domestic technologists. In theory, this could lower the number of H-1B applicants over time; in a separate analysis of this data-set, we found more generic titles such as “Software Engineer” and “Software Developer” were the most widely used for H-1B visa hires. It’s hard to imagine these firms can’t find 45,000 developers or engineers stateside.

strong>SUBSCRIBE TO OUR LATEST UPDATES