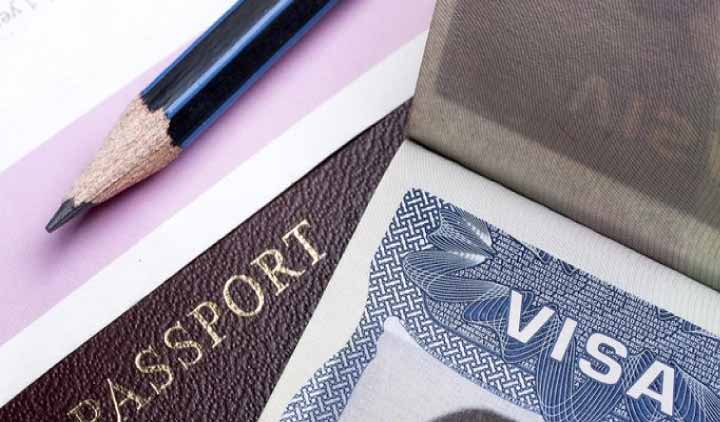 When Nitin Pachisia wanted to start a company, he found himself in a bind. He was gainfully employed by a startup that had sponsored his H1B visa, a temporary visa awarded to highly skilled foreign workers. But he was itching to build something of his own. “Obviously a lot of attorneys said you can’t and shouldn’t leave your job because your [own] company can’t hire you,” he said.

After doing his own research, Pachisia decided not to heed that advice. He could stay in the U.S. on an H-4 visa, which is granted to immediate family members of H1B holders. The H4 didn’t grant him work authorization on its own—for that, he would need to apply for employment authorization — but he realized he could work around that. Since Pachisia could stay in the country without a work visa, quitting his job allowed him to devote his time to laying the groundwork for his company, without having to work around the constraints of a day job. “I couldn’t be employed by somebody else,” he says, “but I could use my free time to do the research I needed to do at the time for my startup.”

While working through his options, Pachisia says he inadvertently became a bona-fide expert on the immigration system. “The bigger personal discovery was that I ended up spending a lot of time learning immigration law myself, which is among the worst uses of an entrepreneur’s time. I could be spending that time building my business.”

If he lived in Canada, Pachisia would have had the option of applying for a startup visa, which allows foreign entrepreneurs to immigrate to the country if they have the backing of a designated organization. The tech industry has long lobbied for a startup visa in the U.S., and before President Obama left office, his administration introduced a rule that offered similar benefits (which also didn’t require approval by Congress).

The International Entrepreneur Rule was intended to give entrepreneurs the ability to build their companies in the U.S. for 30 months, assuming they had enough interest from investors. The rule was supposed to go into effect in July 2017 but has instead been in limbo for more than two years, kneecapped by President Trump and his administration.

“A ton of work went into [the International Entrepreneur Rule], and it’s very straightforward,” says Todd Schulte, the president of immigrant advocacy group FWD.us, which helped conceive of the Rule alongside entrepreneurs, investors, academics, and government figures. “The economy would be growing faster. We would be creating more companies, creating more jobs, and pushing up wages faster if the Trump administration turned around tomorrow and said ‘Actually, we are now in support of this program.’” Schulte also points out that this isn’t a partisan issue. “There are tons of people on both sides of the aisle who support a startup visa and want to make it easier for entrepreneurs to come here,” he says.

The Department of Homeland Security had originally projected that almost 3,000 people a year would qualify to come to the U.S. under the International Entrepreneur Rule. But as of last year—after the Trump administration delayed implementing the rule with the eventual goal of rescinding it—there were reportedly no more than 10 entrepreneurs who had applied.

Without a functional startup visa, many foreign-born entrepreneurs feel like they have little recourse. Take Mike Galarza, founder and CEO of fintech startup Entryless. Galarza was working at a tech company that sponsored his work visa. But when Galarza started a company, he couldn’t automatically transfer his sponsorship. Instead, he had to build his business after hours, until he was eligible to apply for a green card. There should have been an easier way to get a new visa, Galarza says, especially as an immigrant who was already screened for a work visa. “People that come through work visas to big companies see a lot of problems and are very creative people,” he says. “There’s a natural selection when you’re coming from outside and are motivated to leave your friends and family.”

Fiona Lee, the founder of Pod Foods, a food tech startup, says she was lucky because her cofounder was a U.S. citizen. While Lee was back in Singapore figuring out her visa situation, her cofounder was able to incorporate their company. “I honestly think I couldn’t have done what I’m doing today without her,” Lee says. “The initial paperwork of setting up anything involved a Social Security number and credit score. Even when I was away, she was able to handle all of that.”

Even securing a work visa through her company—the H1B1, an offshoot of the H1B allocated to workers from Singapore—was easier, Lee says, because she had far less competition than someone in the regular pool of H-1B applicants. (This variant of the H1B visa is the result of a free-trade agreement with Singapore signed into law in 2003.) “The U.S. Citizenship and Immigration Services did the routine scrutiny, but it was different than for someone from India or China,” she says.

Several founders Lee knows had wanted to come to the U.S. but opted to take their talents elsewhere in the face of an exacting immigration system. “On a global level, America has always been at the forefront of innovation and talent,” she says. “But because of the restrictions, we’re starting to see a lot of talent from other parts of the world go to other countries, whether it’s China or Israel, or [countries in] Europe.”

The workaround for a number of immigrant entrepreneurs has been an extraordinary ability visa like the O-1, which is defined as “for the individual who possesses extraordinary ability in the sciences, arts, education, business, or athletics.” The visa wasn’t designed for entrepreneurs, but Pachisia says the pool of recipients has shifted over the years. “Historically, the O-1 was used a lot by entertainers, athletes, models, and artists,” he says. “It’s now increasingly being used by scientists and developers.”

As someone eligible for the H-4 visa, he benefited from being able to stay in the U.S. without a work visa of his own—but he argues that some lawyers make blanket statements about immigration that might mislead aspiring entrepreneurs. “There’s a lot of misinformation,” he says. “Even lawyers make broad statements like, ‘You’re on an H-1B and can’t start a company,’ which, as I’ve found out, is wrong.” There are, of course, criteria specific to the H-1B, as there are with any visa—that you can’t be your own employer and have to work within the same speciality, for example—but those restrictions need not disqualify you from being a founder.

HOW TO STAY FOCUSED AND MOTIVATED AT WORK

Pachisia himself was eventually able to secure an O-1 visa. The extraordinary ability visas are unlike other visas, he says, in that they’re subjective. The criteria for how the visa is awarded isn’t clear, so the key is to craft the right narrative. “My O-1 story is around financial innovation,” he says, “and figuring out innovative ways of structuring finance for startups.” He pointed to his early work finagling creative deals at Deloitte, when he first came to the U.S. on an H-1B, as well as his approach at Unshackled. “We’re applying an innovative way of financing companies, which also encloses immigration,” he says. “That was the story I could tell.”

But while the O-1 is a viable option for many immigrant entrepreneurs, Schulte adds that it’s not necessarily a long-term solution or replacement for a government-sponsored startup visa. Your immigration journey might start with the F-1 visa, when you come to the U.S. for school. From there, you may try to get an H-1B visa; if that doesn’t work, you’re still eligible for a year of temporary employment through your student visa. Eventually, you could apply for an O-1, and if that doesn’t work, try to naturalize when you’re eligible. “High-skilled immigration is kind of like a bridge,” Schulte says. “If you think of it as a bridge—if you take out parts of the bridge, or make it much more narrow, it puts extra strain on everything else.”

Still, Mehta believes Unshackled can grow to effectively take the place of a startup visa sanctioned by the government, or at least significantly mitigate the lack thereof. “I think we can scale this,” he says. “We’ve always done it with every consideration for the law in mind. What we’re showing is the private sector can innovate in any environment.”

Of course, it’s no small feat to get the O-1. Last year, just over 30,000 visas were granted in the O class (which includes the O-2 and O-3 visas extended to immediate family members). Since 2014, the number of O-1 visas issued has increased by nearly 8,000. “It is a high bar, but so is the bar for raising money in Silicon Valley,” Pachisia argues. “If an entrepreneur is able to secure cofounders and hire great talent—which means you’ve been able to sell your vision and raised money—chances are you are an exceptional individual.”

In other words, applying for an O-1 is a test of the very skill an entrepreneur most needs to hone: how to successfully pitch their vision to investors and consumers alike. Since the criteria is inherently subjective, the way you might meet it differs from person to person. Pachisia knows someone who became one of the most popular bloggers in the early days of blogging and got an O-1 visa because of it. “What you’re really striving to do is show that you have a certain capability, which is unusual,” he says. “You did or can do something that most others cannot.