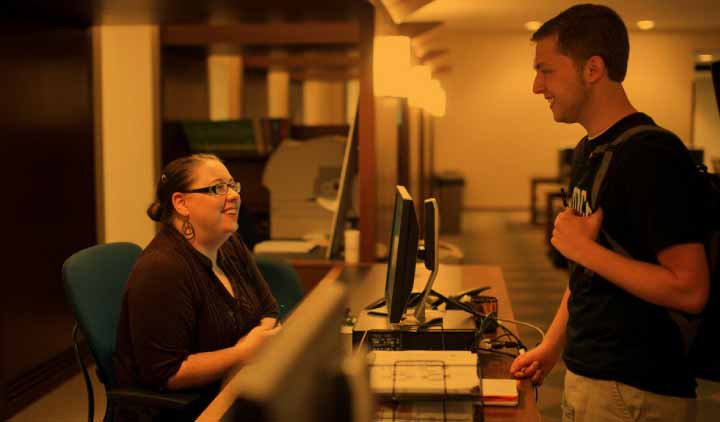 Immigration and Customs Enforcement (ICE) issued an overlooked policy guidance that could lead to significant problems for employers and international students on Optional Practical Training (OPT). The problems center on what is entered into the internet-based Student and Exchange Visitor Information System (SEVIS) about the student’s job while working on OPT.

On September 27, 2019, ICE released “SEVP [Student and Exchange Visitor Program] Policy Guidance: Practical Training – Determining a Direct Relationship Between Employment and a Student’s Major Area of Study.” At first glance, the guidance looks like a simple reminder that a student’s employment during practical training should be “directly related to their major area of study.” The regulations for OPT and STEM (science, technology, engineering and math) Optional Practical Training include this information. However, first impressions can be deceiving.

“Nonimmigrant students are responsible for providing a description of how their practical training opportunity relates to their major area of study, which the DSO [Designated School Official for SEVIS] must review and retain,” states the guidance. “Students can enter the information by using the Portal or DSOs can enter the information directly in SEVIS. As an alternative to entering the information in SEVIS, the DSO must obtain an explanation of how the job relates to the student’s major area of study and retain that explanation in the studen’s records.”

In the next section of the guidance, ICE explains, “When a DSO recommends a student for OPT or STEM OPT, the school assumes additional responsibilities to monitor and update the student’s SEVIS record. Consistent with those responsibilities, a DSO must make a determination of whether there is a direct relationship between the job and the major area of study.” ICE states that in most cases, a Designated School Official should be able to make an assessment based on the documentation the student provides.

Here is where future problems could arise. “Although not required,” the guidance states, “DSOs may make use of websites that provide a general crosswalk between jobs and programs of study. Examples of these types of websites include, but are not limited to, sites maintained by the College Board, the Department of Labor and the National Center for Education Statistics.” (Emphasis added.)

Blake Chisam, a partner at the Fragomen law firm, explains how students could fall into a trap. “Crosswalk is where you take a job title or job duties and input them into one of the named systems, typically Bureau of Labor Statistics (BLS) at the Department of Labor, to get code under the system,” said Chisam in an interview. “Let’s say there’s a job with certain skills and the employer runs it through the BLS system and gets a computer programmer title or code. That means they have ‘crosswalked’ the job from one system to another that the Department of Homeland Security (DHS) ‘trusts.’”

Chisam highlights the potential problem. “Here’s the thing: Let’s say the DSO does a crosswalk to BLS,” he said. “The Designated School Official gets a basic ‘computer programmer,’ which DHS might think isn’t a specialty occupation. That’s probably fine for OPT. But, let’s say the employer files an H-1B for the individual as a systems analyst based on the same job duties. That’s potentially significant as an evidentiary matter and could go to the employer’s veracity.”

Chisam notes the guidance creates an environment in which the student/employee and the school may produce an evidence trail that the employer has no way of validating or controlling, and that may create risk for both the employer and the employee. “I can envision circumstances in which ICE asks questions of an employer as part of a site visit or other review. The employer may answer the question honestly but have it be inconsistent with the information loaded into SEVIS,” he said. “If an employer takes a position on a later H-1B filing that the SEVIS record contradicts, then that could create risk, or even liability, for the employer, and could have consequences for the employee in whom the employer has invested.”

It’s also possible that an employer’s training plan for a student on STEM OPT could be found to be inconsistent with statements made in SEVIS about the work and its connection to the student’s major field of study. ICE has started site visits for students on STEM OPT.

U.S. Citizenship and Immigration Services (USCIS) may present a problem for students and employers. “The concern is that USCIS may pick up on this guidance and overstep its bounds by issuing Requests for Evidence or even denials for H-1B petitions if the officer does not feel that the OPT work was ‘directly related to the student’s major,’ as opposed to leaving the oversight to Designated School Officials, who are in turn overseen by ICE,” said Noah Klug, principal, the Klug Law Firm, in an interview.

“We have already seen H-1B Requests for Evidence (RFEs) and denials for F1 students in which the USCIS officer scrutinizes whether the beneficiary has fully complied with his/her student status,” said Klug. “And the problem is that this is a standard that could be open to different interpretations and provide officers with a pretext to issue unreasonable H-1B RFEs and denials.”

Attorneys say it may be necessary for employers to take a more active role with students on OPT and STEM OPT, particularly with what information students and school officials enter in SEVIS.

“On balance, employers need to weigh the risks inherent in statements made about work performed for them that students and schools may make to the government that the employer has no visibility into,” said Blake Chisam. “Those statements could have consequences to the employer or, at a minimum, to employees in whom they invest. Employers will need to consider carefully whether those risks weigh in favor of being more active in reviewing or approving statements made to SEVIS, and taking action where the statements in SEVIS are either inaccurate or inconsistent with positions the company takes about the nature of their employees’ work.”

Even if ICE did not intend to issue guidance as a way to trip up students and employers, that could be precisely what happens.