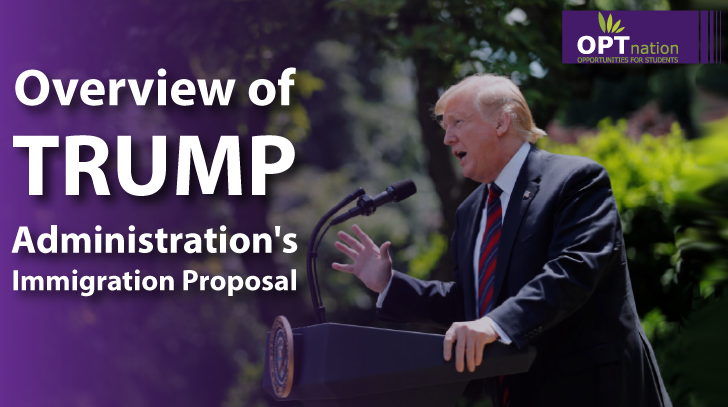 If there is one thing that politicians on either side of the aisle agree upon, it is the fact that America’s immigration system is broken.  And it has been for a long time now.  Some of the major issues include weak or nonexistent border security, rampant illegal immigration, aliens overstaying visas, abuse of asylum process, system biased against skilled immigrants and long backlogs in all immigration categories. The last major immigration reform was passed by Congress almost 30 years ago during President George H.W.Bush’s administration.  The h1b immigration reform to address these problems is long overdue. The US needs an immigration system that attracts skilled labor required to meet the demands of a growing economy and compete with countries like Canada and Australia.

The 2,000-mile border with Mexico is largely unsecured and is the main source of illegal immigration. Illegal immigration places an enormous burden on the Country’s infrastructure, schools and health care system. President’s proposal will establish a border security fund that will be fully funded by fees collected at ports of entries and border crossings. The funds will be used to complete construction of the border wall along the southern border and improve border security. It will also enable law enforcement to deploy technology and resources to fully check people, vehicles, and goods at ports of entry to prevent the inflow of criminals and drugs.

Besides physical security, the plan proposes changes to current laws to expedite the removal proceedings of illegal aliens. Current laws provide legal protections for illegal immigrants once they arrive in the US and this encourages smuggling of women and children into the US. The plan also helps identify and deport aliens quickly who are overstaying visas by increasing resources available for immigration and law enforcement.

The plan also proposes changes to asylum laws that are currently abused by illegal aliens. Illegal aliens seek asylum at the border after crossing illegally if they are apprehended by border patrol. The current laws require aliens to be released from detention once they apply for asylum and wait for their court date.  The wait time for court dates is several years because of the huge backlog.  The plan proposes stringent rules that weed out frivolous asylum applicants and deport them quickly.

The US issued 1.1 million green cards last year.  66% of those green cards are issued to family members of US Citizens and permanent residents, 25% are assigned based on random green card lottery process and only 12% are assigned to skilled immigrants in employment-based categories.  Currently, only 140,000 visas per year are available under employment-based categories of visas per year.  And there is also a limit of 7% for each country. So in reality, the number of employment-based visas issued to skilled immigrants is even less than 12%.

Most of the immigrants currently receiving green cards under family categories are old, do not speak any English, and do not have any specialized skills that contribute to the growth of the economy. On the contrary, countries like Canada and Australia award less than 20% of permanent resident visas to family-based immigrants.

The plan will do away with the current system of quotas and limits and move towards a points-based immigration system.  Points will be allotted based on the applicant’s English proficiency, level of education, skill set, employment experience, and employment offers. More points will be given to younger applicants. This plan awards green cards sooner to younger applicants with advanced degrees and specialized skills than older applicants with no marketable skills. The points-based immigration system provides a strong incentive for applicants to better themselves by learning new skills and earning advanced degrees from US Universities.

The plan will eliminate current classifications of family and employment-based categories and replaces them with something called a “Build America visa” that is based on a points system. The plan also proposes to eliminate the backlog of 4 million people who are currently waiting in the line for a Green Card.  The people in the backlog will have to apply for green card again under the Build America visa program but will be given a few extra points as a credit in lieu of the time spent in line.

The plan also requires all applicants to pass an English language exam and US civics test before applying for a Green Card. This will help with easier assimilation of immigrants into the American way of life.

It is important to note that this is still a plan and legislation is yet to be introduced and passed by Congress before it can become the law.