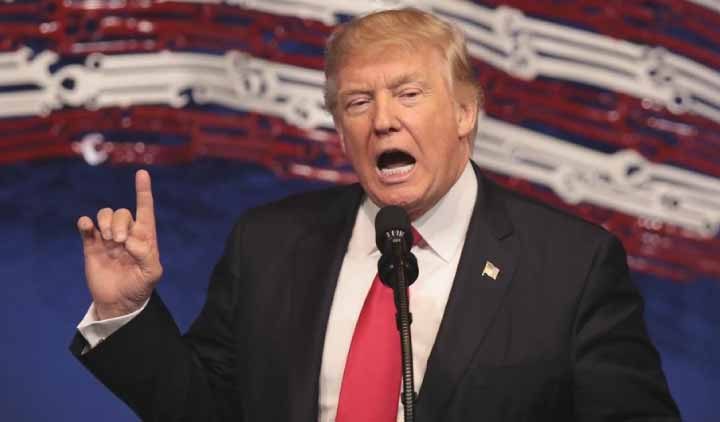 The Trump administration issued new policy guidance on Monday tightening the rules for awarding discretionary work permits to immigrants who have been temporarily allowed into the United States for “urgent humanitarian reasons or significant public benefit” under the Immigration and Nationality Act.

The move came a week after the White House issued a long-awaited rule strengthening the ability of federal officials to deny green cards to immigrants deemed likely to rely on government aid.

Section 212(d)(5)(A) of the Immigration and Nationality Act affords the Department of Homeland Security the discretion to decide when to afford aliens entry under “extraordinary” circumstances, such as to visit a dying relative or obtain life-saving medical treatment. The one-time entry is a privilege, not a right — and the administration’s guidance made clear that officials were wary it was being abused.

U.S. Citizenship and Immigration Services (USCIS) said the new guidance emphasizes “the use of discretion when determining whether to grant employment authorization for foreign nationals paroled into the United States in keeping with existing policies.”

The bulletin also “provides a list of positive and negative factors that an officer may consider when balancing the totality of the circumstances and determining whether an applicant warrants a favorable exercise of discretion,” according to USCIS.

“USCIS has determined that it is necessary to issue this guidance at this time because there is a national emergency at the U.S. southern border where foreign nationals are entering the U.S. illegally,” the agency said in a statement.

The White House has touted its tough immigration policies as the cause for a recent decline in immigrant detentions at the border. The number of migrants encountered by U.S. authorities at the border with Mexico dropped below 100,000 for the first time in five months amid increased collaboration by Mexico and Guatemala to crack down on the flow of humanity, according to government data released earlier this month.

U.S. Customs and Border Protection encountered 82,049 people in July, down 21 percent from June when there were 104,344 people and down 43 percent from May. The number of families and minors crossing the border also dropped.

Although seasonal declines are common, U.S. officials said the drop was far greater than last year’s in the same time-frame.

To avoid punishing tariffs threatened by the Trump administration, Mexico agreed in June to dramatically expand its border enforcement efforts. The country has employed a variety of tools — including a giant X-ray and Mexican National Guard troops —  to uphold its end of the bargain and catch hundreds of migrants.

The U.S. has also escalated its domestic enforcement efforts. An operation carried out by Immigration and Customs Enforcement earlier this month resulted in the detention of 680 illegal immigrants. Agents targeted a food processing plant in Mississippi and swarmed the facility with federal search warrants in hand.

“The execution of federal search warrants today was simply about enforcing the rule of law in our state and throughout our great country,” U.S. Attorney Mike Hurst said in a statement at the time.

“I commend these federal agents, our state and local law enforcement partners, and our federal prosecutors for their professionalism and dedication to ensure that those who violate our laws are held accountable.”

2020 presidential hopeful Sen. Kamala Harris, D-Calif., called the move a part of a “campaign of terror.”

Employers Name for H1B Visa Applicants Need To Be Disclosed

What are the alternatives after your H-1B visa gets rejected or denied?