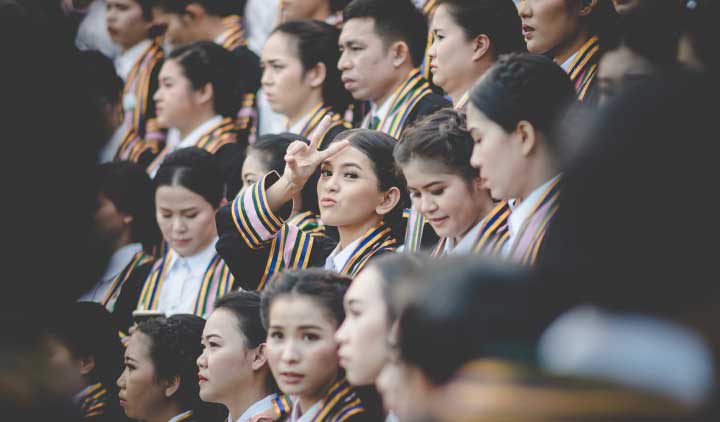 Charlie Bankart, the associate vice provost for international affairs at the University of Kansas, is worried.

The new academic term at his institution begins in August, and he fears many of the 500-odd international freshman students admitted won’t arrive in time due to visa issuance delays by the U.S. Citizenship and Immigration Services (USCIS).

He’s not the only one concerned. Leaders at Harvard, MIT, Princeton, Yale, and several other colleges, along with those at higher ed associations, are also concerned. So much so that they’ve written to the Department of Homeland Security (DHS), the Secretary of State and Congress, urging them to expedite visa issuances by the USCIS or else face a precipitous decline in the flow of international talent to the U.S. in the years to come.

Enrollment of new international students in U.S. colleges is already trending downward. For undergraduates, new enrollments fell 2.9% from their peak in 2015-16 to 2016-17 and again by 6.9% the year after that. Graduate new enrollments are following a similar trend, down 6.8% from their high point in 2015-16 to 2017-18, according to data from the Institute of International Education.

Falling enrollments hit colleges’ bottom lines and also affect their local communities. The more than 1 million international students currently in the U.S. pitch in $39 billion to the economy and support as many as 455,000 U.S. jobs despite accounting for just 5.5% of higher ed enrollment in the country, according to NAFSA: Association of International Educators.

That’s why university leaders are so worried.

Harvard, in a letter dated July 16 to State and the DHS, said that “postponements and disruptions for what have previously been routine immigra­tion processes” are of “deep concern.” A day before Harvard’s letter, the American Council on Education (ACE) voiced similar concerns, writing that “the current lack of clarity makes it more challenging for [U.S.] schools to globally compete for international students.”

International students admitted for the fall semester are seeing delays as long of as six to eight weeks to get their F-1 student visas, U of Kansas’ Bankart told Education Dive.

Students who applied for the Optional Practical Training (OPT) program are also facing issuance delays of as long as five months, higher ed leaders say. The OPT provision allows F-1 visa holders to stay in the U.S. for one to three years after graduation in order to work in their field of study.

It’s a big draw for international students. By 2018, the number of STEM graduates alone opting to take advantage of OPT was up 400% from 2008, according to the Pew Research Center. Non-stem OPT participants increased by 49%. (OPT lets STEM graduates stay in the U.S. for up to three years.)

Visa delays for OPT applicants will cause them to lose out on crucial job opportunities that would have rounded out classroom learning with hands-on work experience, something academics say is vital for holistic education.

Harvard notes in its letter that the delays have “hindered or endangered their post-graduate work and, in some cases, their medical residencies.” This, in addition to the frustration caused to employers who’ve been waiting for new talent to add to the workforce, ACE noted.

USCIS officials told The New York Times last month the delays are a result of “a surge in employment [OPT] authorization requests” that created a “small backlog.” USCIS also said it has “implemented a plan to address this and return to standard processing times soon,” The Times reported.

Higher ed leaders disagree. The backlogs aren’t small, they say, and OPT authorization requests tend to surge around this time of year anyway. Colleges believe the delays are due to new and complex visa screening procedures and changes to policies on how visa holders accrue “unlawful presence,” which largely stem from heightened anti-immigrant rhetoric and concerns about foreign students related to national security.

“Protracted visa delays. Harsh rhetoric against most immigrants and a range of other groups, because of religion, race, ethnicity or national origin. Together, such actions and policies have turned the volume all the way up on the message that the U.S. is closing the door — that we no longer seek to be a magnet for the world’s most driven and creative individuals,” wrote MIT President L. Rafael Reif in a letter to the university community on June 25.

Those delays are causing “distress” to students, researchers, and faculty, he wrote. Other colleges echoed that concern in their letters.

“In a number of recent cases, graduate students and faculty members have been forced to miss or defer entire semesters because their visa applications were mired in ‘administrative processing’ at the State Department,” said 29 leaders of New Jersey colleges and universities in a letter to state legislators in May.

Administrative processing time is in addition to that required to determine if an applicant meets basic eligibility requirements, and it entails additional background checks. However, they write, “visa applicants are generally not provided with any explanations, nor are they told how long the additional processing may last.”

“We are concerned that some new policies have been put in place that has slowed down the process, without taking into account putting in new staff and resources,” said Sarah Spreitzer, director of government and public affairs at ACE, in an interview with Education Dive.

In its letter, sent to the House judiciary committee ahead of a hearing on visa policy changes and delays, ACE said “lack of predictability” in that process is a key contributor to the “historic drop” in international students in the U.S. in the last two years. “Students need assurance that the rules will not suddenly change so they can make plans,” the group wrote.

ENROLL WITH OPTNATION AND FIND LATEST JOBS – GET HIRED

U of Kansas’ Bankart concurs. “The perception is that it’s impossible to get a visa, so some students won’t want to go to the trouble of paying for what won’t come through,” he said. “There are some real examples that give truth to the fear they will be denied a visa. We have lost them if these visas take four to six months to come through.”

In an interview with Education Dive, NAFSA Senior Director Rebecca Morgan pointed to the impact international students at U.S. universities have globally.

Some go on to earn top faculty spots at leading U.S. colleges, she said, while others become leaders in global businesses.

“Those who built Chobani and [electric vehicle firm] Tesla were international students at American universities,” she said, referring to Hamdi Ulukaya, the entrepreneur whose products dominate the Greek yogurt industry, and Elon Musk, co-founder of the company whose electric cars are coveted by many around the world. Ulukaya took business courses at the State University of New York at Albany and Musk is a graduate of the University of Pennsylvania.

American universities risk losing out on such future leaders. “They are what make America great,” she said.