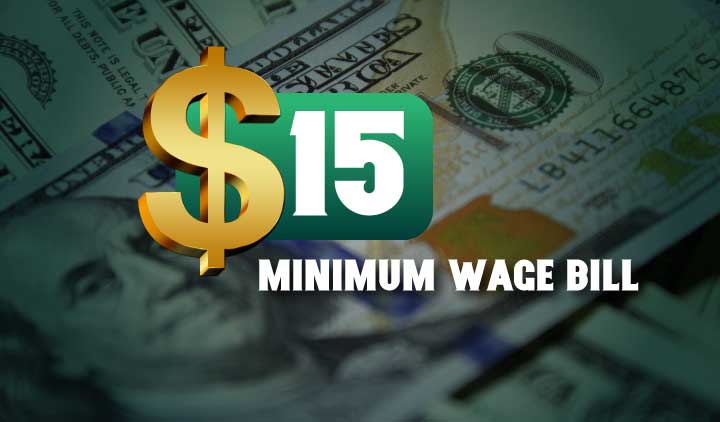 The House on Thursday passed a bill to increase the federal minimum wage to $15 an hour by 2025 — delivering on one of Democrats’ central policy objectives and a priority for many 2020 presidential candidates.

“This is about workers, it’s about their economic and financial security, and today is a bright day because it affects so many people in our country,” House Speaker Nancy Pelosi, D-Calif., said Thursday at a press conference flanked by fast-food workers, activists and lawmakers ahead of the scheduled vote.

A similar bill to increase the federal minimum wage failed to pass in March after lawmakers from rural and Republican-leaning districts raised concerns, claiming that it would be too much of a burden for some small businesses, especially in places where the cost of living is lower than large urban areas.

Some Democrats, such as Rep. Tom O’Halleran of Arizona, introduced an amendment to the legislation that would require the Government Accountability Office to monitor the economic and employment impacts of the gradual increase and then submit a report to Congress after the second increase but before the third. It also requires Congress to assess the report’s findings and potentially delay or modify the wage increases. The amendment was adopted Thursday with a vote of 248-181.

The bill, however, is unlikely to pass the Republican-dominated Senate. GOP leaders have branded the measure as a jobs killer and claimed it would be devastating to working families.

This week, House Minority Whip Steve Scalise, R-La., said raising the minimum wage would “eviscerate millions of American jobs,” citing a July report from the Congressional Budget Office that said 3.7 million Americans would lose their jobs if the measure is adopted.

“There’s more opportunity than we’ve ever seen. There are more job openings than there are people looking for work. And at that time, you would think the Democrats would want to be working with us to build on that economic success, and instead you see Speaker Pelosi bringing this bill to the floor that would eviscerate millions of American jobs,” Scalise said.