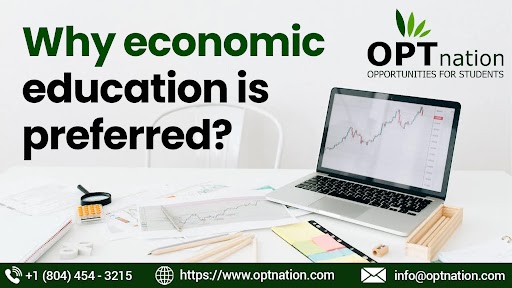 We live in a time when the economy invades all areas of activity, not only for adults but also for children. Therefore, there is a growing need for society to improve economic education aimed at the formation of economic thinking, culture, the development of entrepreneurship, initiative, the ability to make non-standard and deliberate decisions, and the ability to make independent choices.

The interest and need for economic education led to the fact that the study of the fundamentals of economics begins already from elementary school. Today’s children, at every step, meet with such concepts as “mine,” “our,” “money,” “currency,” “barter,” “business,” etc. Of course, by studying such courses as “Mathematics,” children get acquainted with some economic terms, relationships in modern society, with various types of human activities. However, this is not enough for the formation and development of the personality as a subject of economic activity, the development of economically significant qualities in children that increase their viability.

In order to be economically wealthy, there is no time to waste; you need to study today and not put it off for “later.” However, studies can bring some difficulties, especially when it comes to doing assignments. In such situations, you can get economics homework help. An expert will help you with any type of task.

Society, through schools, universities, and special educational programs, must provide active and comprehensive support to young people, help them socialize properly, and prepare them for real socio-economic conditions. It is not a secret that the school is that a social institution that has always had to educate the younger generations based on the real conditions, prospects, and problems of the surrounding society.

At the same time, it should be taken into account that, at present, the economic and social foundations of society have changed qualitatively in the world. This, in turn, requires a revision of the content, methods, and forms of economic education. The requirements of modern economic and social practice determine not only the adaptation of the individual to a changing environment but also the transformation into the norm of a creative approach to the justification of economic behavior.

Economic education should be focused on the formation of economic thinking, entrepreneurial spirit, and receptivity to the diversity and dynamism of economic processes. In any case, the goal of studying economics is to develop logical and analytical thinking and rationalism among students, to teach them to track the factors that affect the development of society, which will allow them to use mathematical methods in real economic calculations, that is, to integrate economic and other knowledge. Ultimately, education should be directed to the intellectual development of students, and this can be considered one of the most important tasks of economic education.

What students should study?

The study of the concepts of “demand” and “supply” will teach young people to understand the process of price formation. It is also necessary to study the market experience of other countries, both developed and developing. Children, and even more so older students, should understand what taxes are, be able to calculate them on a grand scale, understand what a budget is, and be able to draw up a simple business plan.

The study of economic concepts, categories, and laws will prepare school graduates for the realities of adult life and provide psychological stability to possible difficulties associated with competition, unemployment, change of job and profession, and place of residence. Young people leaving school should be active citizens and be self-confident.

That is why students should start choosing a profession as early as possible and understand that the knowledge they receive at school is necessary for them in later life. It is also necessary to form in younger students the desire and ability to learn, to develop such personality traits that would allow everyone to find their place in the world, to realize their potential.

One should also take into account the fact that modern economic theory has been formed over the years; its development is endless since each stage of social production makes one comprehend a new economic reality anew. No wonder the economic news presented by the media is of interest to everyone except students. Even undergraduate students are not very interested in economic news, and even at well-prepared seminars, they avoid examples from the news, they cannot comment on them seriously.

At the same time, the exact, timely comment of the teacher is forever “stuck” in memory and often is an impetus, after which the student’s interest in the discipline being studied, in the country, the world economy is obvious.

In order to cultivate such an interest, it is necessary to lay the foundations of elementary economic culture precisely at school. For example, there are stereotypes about how good it was to live under socialism in a planned economy. In some ways, indeed, it was good, but in some ways, it was bad or even very bad. For example, there was a shortage of goods, queues in the store; it was impossible to freely buy a vacation ticket, etc. But there was stability in everything, constant prices, and confidence in the future.

Teacher explanations, discussions, disputes, and critical statements should be behind these two statements. A market economy, of course, is an economy of great opportunities. But how are social problems solved? We need to discuss these issues based on figures, facts, and real-life examples.

The study of economics in high school is aimed at achieving these goals:

As you can see, economic education is preferred due to many reasons. Choosing this discipline will be a good decision.